Trouble at On The River 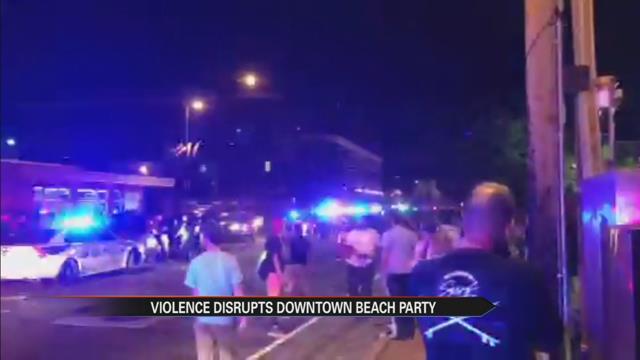 The 8th annual On The River event in South Bend kicked off Friday night.

South Bend Police and other area departments responded to a fight that broke at about 10 p.m. at the event, along the St. Joseph River in downtown South Bend..

Within 90 minutes, police had to break up another fight which then prompted them to end the event early due to concerns for the public's safety.

“They made everyone leave. There were over 2,000 kids there, everyone was roaming the streets," said Baylee Kasprzak who was at the event.

“It was just like one fight after another. The music stopped and people were like getting on people’s shoulders so they could see the fights,” said Kayla Norment.

Aaron Perri, the co-founder of On the River released a statement, "I want to thank the South Bend Police and other local officers, private security and On the River volunteers for acting swiftly and professionally to manage the situation.”

South Bend Police said there were no injuries as a result of the two fights and no weapons were found on scene.