Trouble in the tropics: Dorian and Erin to be named in coming days

There hasn't been a lot of tropical activity thus far in the Atlantic Basin. We've only had three named storms thru August 23rd. One of those is Tropical Depression Chantal, which is barely clinging on to life in the middle of the Atlantic. It is not expected to cause problems to any land mass. 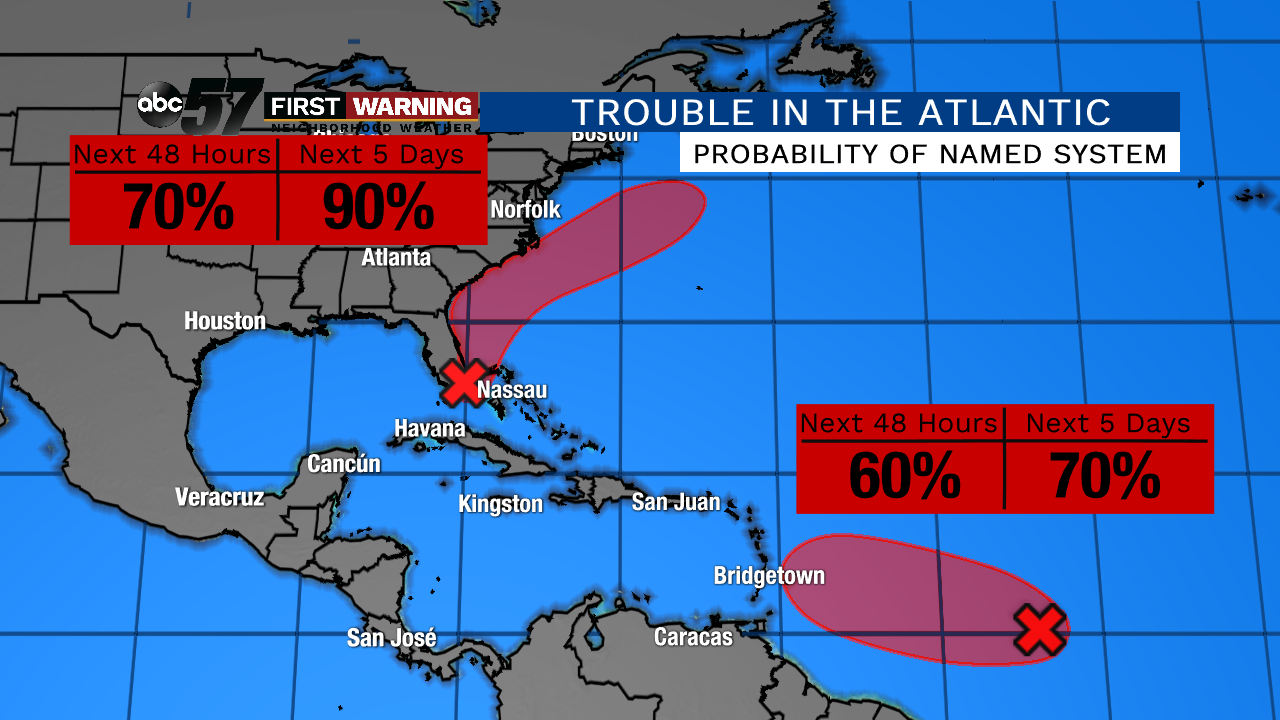 Things are quickly changing, though, as two areas of active weather will likely become named storms in the coming days.

The first zone of concern is just off the coast of Miami, Florida. It's a broad area of low pressure and is producing a large area of showers and thunderstorms. The National Hurricane Center is pretty much saying that it will become a named storm in the next few days. 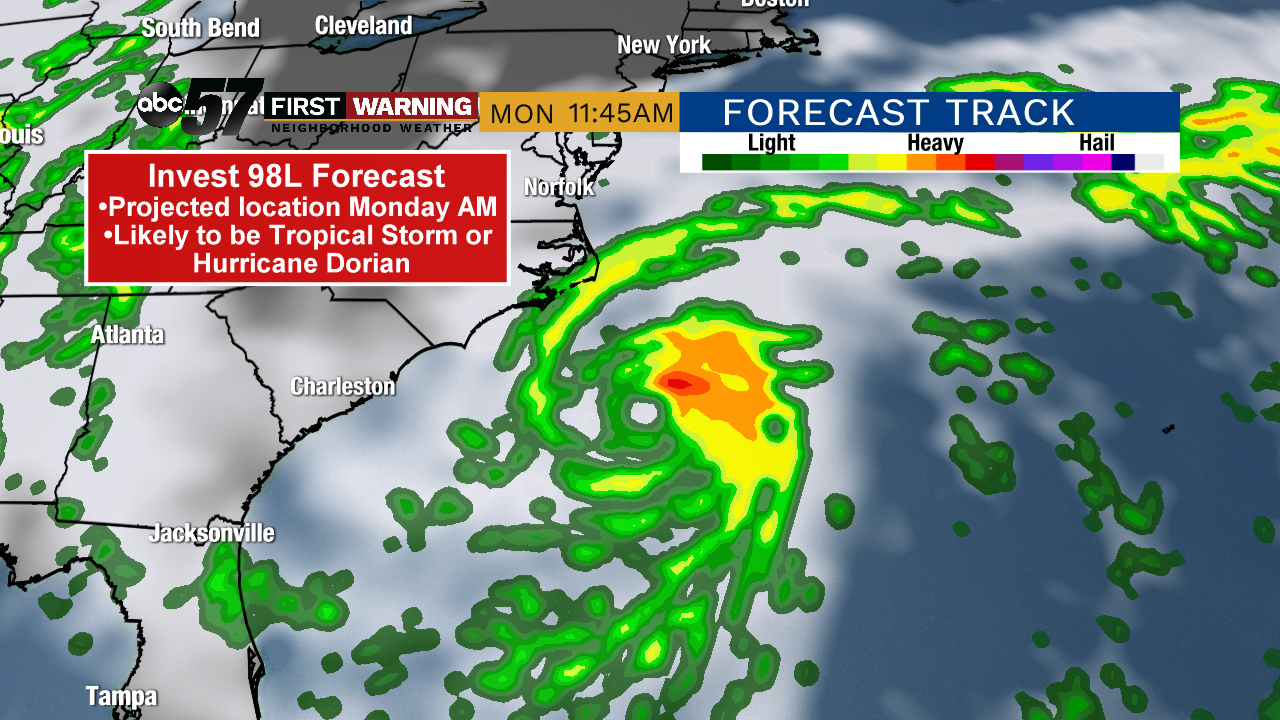 There's a 70% chance of this developing over the next 48 hours, and a 90% chance within the next five days. Regardless of development, locally heavy rain, gusty winds and increased surf are expected from Miami northward to the North Carolina coast.

By next week, the system is forecast to curve northeastward away from the United States. 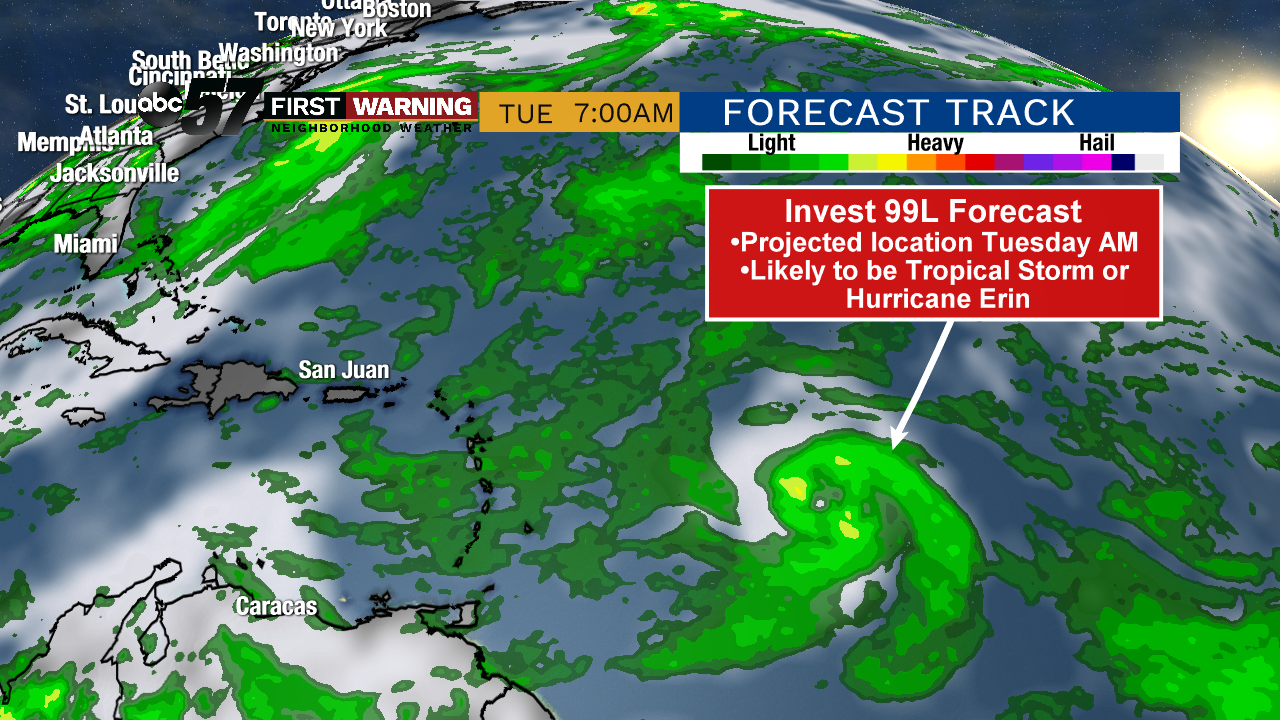 The other area of concern is in the middle of the Atlantic Ocean as of Friday evening. That area of low pressure has seen its circulation become better defined, which has prompted the National Hurricane Center to increase its likelihood of becoming a named storm.

It has a 60% chance of becoming a depression over the next 48 hours, and a 70% chance of doing so within the next five days. Fortunately, the system is no threat to land thru the middle of next week.

It will, however, need to be monitored by next Tuesday as it approaches the Lesser Antilles on the eastern edge of the Caribbean. It could eventually become a concern for Puerto Rico, the Dominican Republic and the United States, but it's far too early to talk specifics.