Truck driver killed in crash on I-94 identified 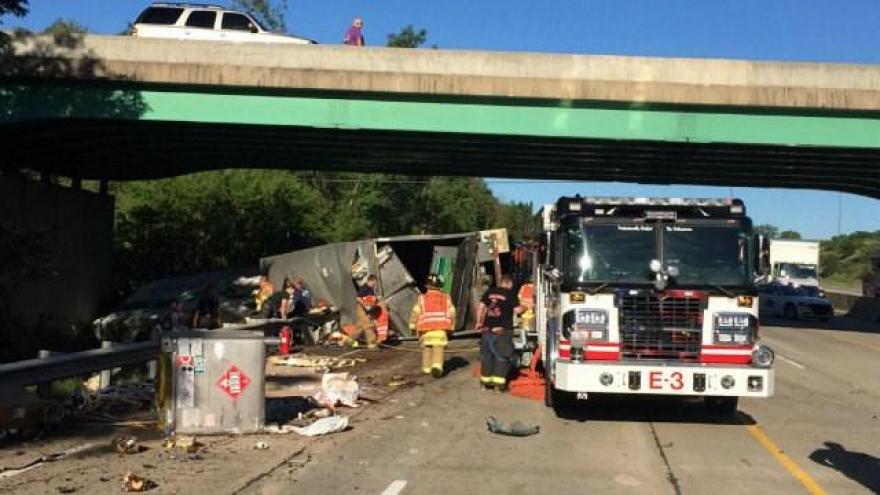 The driver of a semi that struck a bridge on Interstate 94 in La Porte County Wednesday morning died as a result of his injuries.

The crash happened just under the Johnson Road bridge in Michigan City around 6:06 a.m.

Police say a semi pulling double trailers went off the road for unknown reasons and rolled over. The tractor wrapped behind the bridge pillar at that location and the driver was trapped inside.

The double trailers, carrying food product and paint, also overturned and their contents spilled on the roadway, shoulder, and into a nearby waterway.

The driver was identified as Lester C. Fason, 28, of Sauk Village, Illinois.

The crash caused traffic backups in the area for several hours.