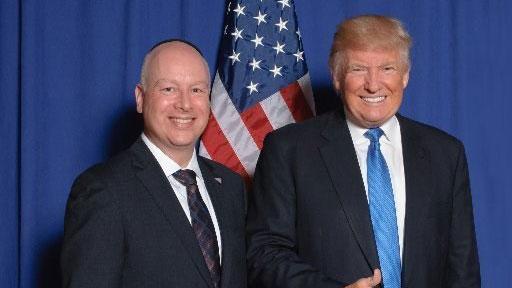 (CNN) -- President-elect Donald Trump is moving a top Trump Organization attorney over to serve as the administration's man to manage sensitive diplomatic and international negotiations.

Jason Greenblatt, the executive vice president and chief legal officer for Trump's business empire, will take on the title of special representative for international negotiations. A source familiar with the appointment told CNN that Greenblatt will primarily will be working on Israel-Palestinian peace process, the American relationship with Cuba and trade agreements.

"My philosophy, in both business and in life, is that bringing people together and working to unite, rather than to divide, is the strongest path to success," Greenblatt said in a statement released by Trump's campaign. "I truly believe that this approach is one that can yield results for the United States in matters all over the world. I look forward to serving on President-elect Trump's team, and helping to achieve great outcomes for our country."