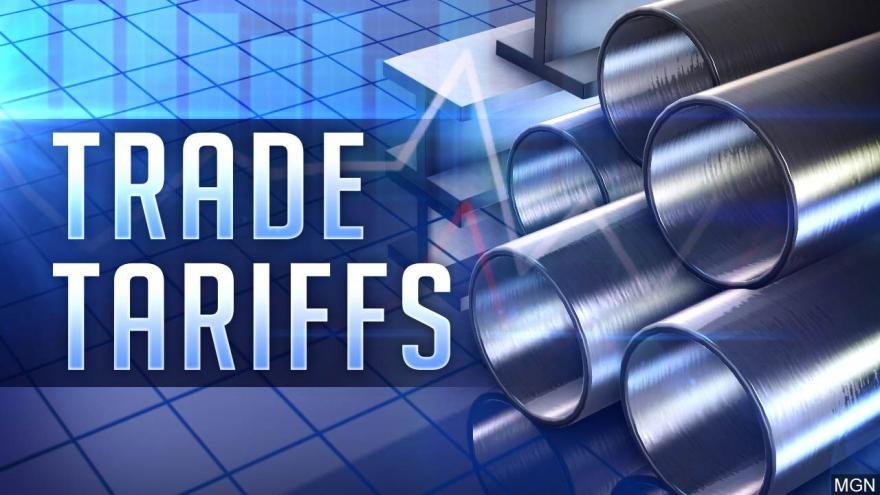 Trump on Thursday imposed a 25% tariff on steel imports and 10% on aluminum, but exempted Canada and Mexico. The tariffs will take effect in 15 days.

For American companies that make metals, that's welcome news. But for businesses that consume steel and aluminum, like automakers and beverage producers, it will likely mean higher prices. Many have warned that could cut into profits and ultimately spur layoffs.

Here's a look at some of the US companies that may be hit by Trump's latest protectionist move.

The aluminum used in beer cans is expected to get more expensive once the tariffs go into effect. Anheuser-Busch has warned that it could threaten manufacturing jobs in the industry.

The company employes more than 18,000 people in the United States.

The Motor & Equipment Manufacturers Association, which represents companies that make vehicle parts in the United States, has said the tariffs will make cars more expensive and could put the many of the more than 800,000 jobs in its industry at risk.

The nation's largest single exporter uses aluminum and some steel parts to make planes. Boeing could also suffer if other countries decide to retaliate against US tariffs by buying planes from competitors like Airbus. The company has more than 140,000 employees in the United States and around the world.

The company employs more than 98,000 full-time workers around the world. About 42,000 are in the United States.

Commerce Secretary Wilbur Ross has said that there's 2.6 cents worth of steel in a can of Campbell's soup, and consumers can expect prices to rise less than one cent as a result of tariffs. Campbell's responded that "any new broad-based tariffs on imported tin plate steel — an insufficient amount of which is produced in the U.S. — will result in higher prices on one of the safest and more affordable parts of the food supply."

Craft breweries, which have been a breakout success over the past few years, worry that future growth will be stunted if beer cans get more expensive due to higher aluminum prices. Oskar Blues, a Colorado-based brewery with operations in North Carolina and Texas, said tariffs would put "a strain on the business."

An executive at the chemical company told Bloomberg that it might need to start building plants in Canada or Argentina if the cost of construction goes up too much in the United States.

GE makes jet engines, power plant turbines, trains and other heavy machinery, all of which use steel and aluminum. Higher costs could inflict further damage on a company that already faces serious financial troubles.

GM cars contain steel and aluminum, though the company says that more than 90% of the steel it uses to make cars in the United States comes from American suppliers.

The maker of Coors Light and Miller Light has said that it makes an "increasing" number of beers in aluminum cans. Rising prices will "likely to lead to job losses across the beer industry," the company said on Twitter.

Members of the oil industry have warned that Trump's steel tariffs could derail the country's energy boom by raising prices on foreign steel, which oil companies use in drilling and production, as well as in pipelines and refineries.

Canary LLC, a Denver-based oilfield services company that employs about 300 people, said higher costs could force it to lay off up to 17% of its US workers.

Whirlpool recently got a boost when Trump slapped tariffs on imported washing machines. Now it could get more expensive to make household appliances like dryers and refrigerators in the United States as metal costs rise.

Whirlpool has about 92,000 employees.