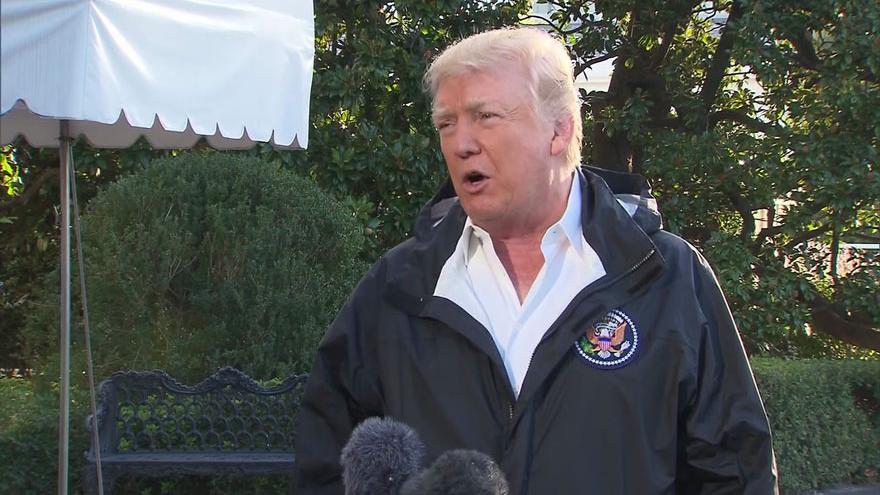 (CNN) -- President Donald Trump huddled with local and federal officials Tuesday in Puerto Rico, praising his administration's response to the hurricane that devastated the island.

Still, Trump noted that the devastation in Puerto Rico has "thrown our budget a little out of whack," though he said that was "fine."

"I hate to tell you Puerto Rico, but you've thrown our budget a little out of whack," Trump said. "But that's fine."

At one point, Trump remarked on the 16-person death toll, which he touted as low compared to how many could have died.

Trump said officials can "be very proud of what's taken place," immediately after remarking on the death toll.