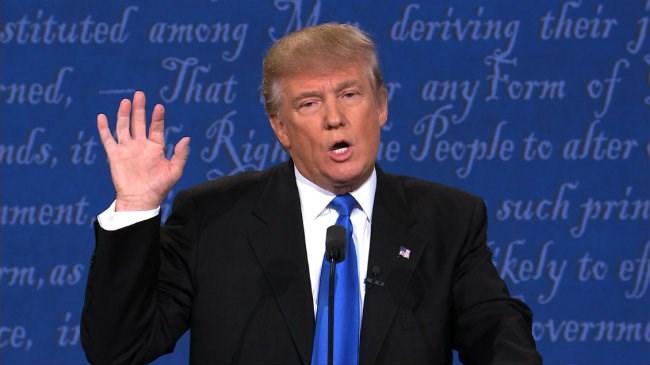 LOS ANGELES (CNNMoney) -- Donald Trump threatened to sue The New York Times for publishing a bombshell report in which two women claimed the former real estate magnate had touched them inappropriately, according to the Times.

"None of this ever took place," Trump reportedly told Times reporter Megan Twohey in a phone interview Tuesday night. He also called Twohey "a disgusting human being" and said he would sue the Times if it published the article, the paper reported.

The Times published its report Wednesday night. It features two women -- Jessica Leeds and Rachel Crooks -- who say that Trump made inappropriate physical advances. CNN has not been able to independently confirm their accounts.

In the Times report, Leeds alleges that Trump, whom she says she had never met before, grabbed her breasts and tried to put his hand up her skirt while the two were on an airplane more than three decades ago. Crooks, who worked in Trump Tower at a company that Trump did not own, says Trump kissed her outside an elevator after she introduced herself.

The Trump campaign did not immediately respond when asked if Trump intended to file a lawsuit against the Times.

But in a statement, Trump spokesman Jason Miller said the "entire article is fiction."

"[F]or the New York Times to launch a completely false, coordinated character assassination against Mr. Trump on a topic like this is dangerous," Miller said in the statement. "To reach back decades in an attempt to smear Mr. Trump trivializes sexual assault, and it sets a new low for where the media is willing to go in its efforts to determine this election."

"It is absurd to think that one of the most recognizable business leaders on the planet with a strong record of empowering women in his companies would do the things alleged in this story, and for this to only become public decades later in the final month of a campaign for president should say it all," his statement continued.

The Times report comes in the wake of the release of a 2005 recording in which Trump boasted about being able to kiss women and grope them in ways that would amount to sexual assault.

During Sunday night's presidential debate, Trump was asked by CNN's Anderson Cooper if he had ever done the things he described in that video.