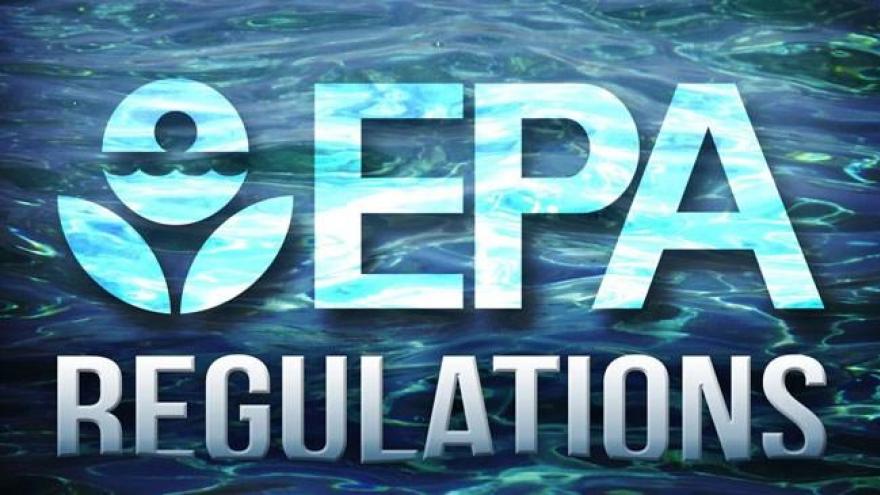 WASHINGTON (CNN) -- President Donald Trump will sign Tuesday an executive order requiring the Environmental Protection Agency to review Obama-era water regulations to make sure they are not harming the economy, according to an internal EPA email obtained by CNN.

The order -- which is currently in draft form and subject to change before Tuesday afternoon, when Trump is expected to sign it -- addresses the "Waters of the United States" rule, which applies to 60% of the bodies of water in the US.

Trump's executive order requires the EPA and other applicable departments to review the regulation and ensure it promotes economic growth and minimizes uncertainty when it comes to regulation. The order then requires agencies to rescind or revise aspects of the regulation that are incompatible with the new policy guidance.

By reviewing the regulation, the administration can begin to pick it apart and weaken it.

Critics, including some in the farming community, have complained that the rule restricted how they could use their land and had a negative economic impact on their business.

The executive order is one of two executive actions and three legislative bills that Trump will sign on Tuesday before he heads to Capitol Hill to deliver his first address to a joint session of Congress, multiple senior administration officials said.

While Trump will sign two bipartisan bills aimed at promoting women's participation in science and engineering and encouraging women entrepreneurship -- neither of which require funding -- in an official ceremony, a senior administration official said Trump will also quietly sign a bill to undo an Obama administration rule that blocked the sale of firearms to individuals who receive Social Security benefits due to a mental disability.

The measure, which barred anyone on Social Security with a mental disability who needs a third party to manage their finances from purchasing a gun, was crafted in the wake of the 2012 Sandy Hook massacre as part of measures pushed by Obama to tighten background checks.

Trump will also take action to reposition the decades-old White House Initiative on Historically Black Colleges and Universities within the White House, where a still unnamed White House-appointed executive director will oversee the program, which until now has been housed in the Department of Education.

A senior administration official said the White House believes the move will make the initiative a greater priority.