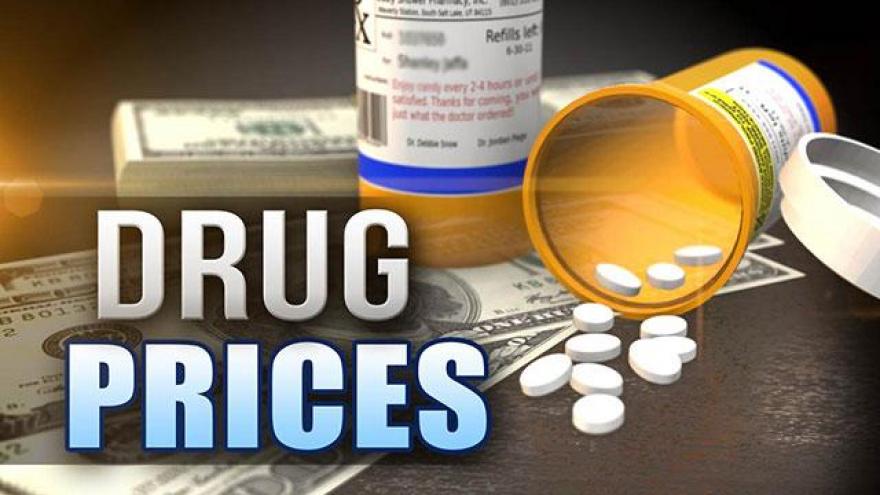 NEW YORK (CNNMoney) -- President Donald Trump tweeted Tuesday morning that he is "working on a new system where there will be competition" in the drug sector and that "pricing for the American people will come way down."

Immediately, shares of or drug and biotech companies -- Pfizer, Merck, Amgen, Mylan and several others -- fell.

It's not immediately clear what exactly Trump's tweet means, what he will propose, and whether any plans to tackle drug pricing will be part of the new healthcare bill Republicans in Congress have crafted that aims to repeal and replace the Affordable Care Act -- aka Obamacare.

The White House was not immediately available for additional comments and clarifications about Trump's tweet.

But @POTUS did tweet about the new Republican healthcare bill, saying that it was "out for review and negotiation" and adding that "#ObamaCare is a complete and total disaster" which is "imploding fast!"

This is also not the first time that Trump has bashed drugmakers for high prices.

And this populist stance actually mirrors that of his former presidential rival Hillary Clinton as well as other leading Democrats like Bernie Sanders.

In a December interview with Time magazine, which named him Person of the Year, Trump said that "I'm going to bring down drug prices" and that he did not like what was happening in the industry.

Trump followed up that tough talk with even harsher words in January.

In his first speech since the election -- just a week before his inauguration -- Trump complained about big price increases and put the industry on notice.

He said many drug companies were "getting away with murder" and that there would be more competitive bidding practices for federal contracts in his administration.

Trump added that he was not happy about the fact that many pharmaceutical and biotech companies are producing goods overseas instead of in the United States.

"Drug companies supply their products here but they don't make them here," he said.

In late January, President Trump met with the leaders of several big drug companies and once again pressed them to lower prices that he referred to as "astronomical for our country."

Attacking the pharma and biotech industry has been an easy way for members of both political parties to score points with voters.

There have been numerous cases of companies raising prices for key drugs to astronomical levels. Mylan has come under fire for price increases of its life-saving EpiPen allergy medication.

And Martin Shkreli became a poster child for all that's wrong with the healthcare system after he bought a company that owned Daraprim, a drug used to treat HIV and AIDS patients, and immediately boosted the price of it by more than 5,000%.

So it's clear that President Trump wants to do something to combat soaring drug prices. He may also find support from both sides of the aisle in Washington. But it's still unclear just how Trump and Congress will get drug companies to lower prices.