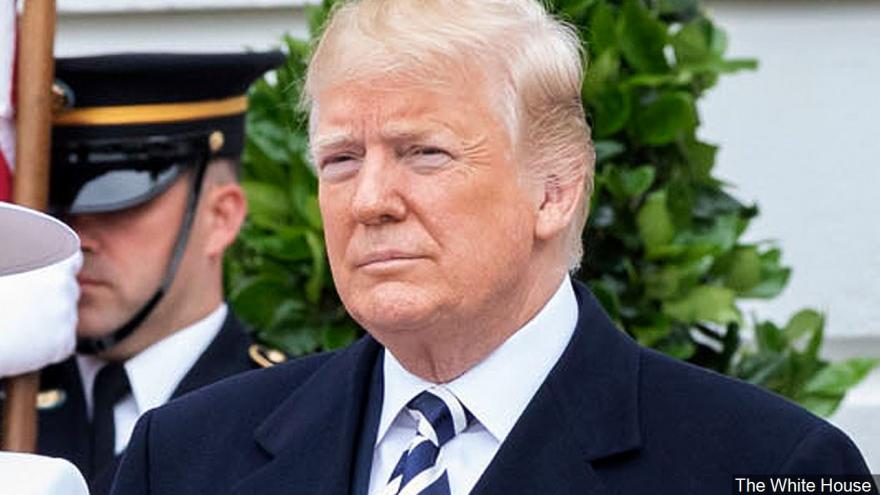 (CNN) -- President Donald Trump said Friday he wants Attorney General Jeff Sessions to investigate and uncover the identity of the senior administration official who penned an anonymous op-ed in The New York Times this week.

Trump has railed in recent days about the publication of the anonymous op-ed, calling its author "gutless" and a "coward" while suggesting the op-ed could damage national security. Now, it appears Trump is taking this a step further and calling for a criminal investigation, though there is no indication the author violated any laws.

No one -- Trump or otherwise -- has identified a specific crime that should be investigated.

The comments came as Trump addressed reporters Friday aboard Air Force One.

Trump said the anonymous essay presents a national security concern because this person still is in the government and shouldn't be attending high-level meetings.

"We're going to take a look at what he had, what he gave, what he's talking about, also where he is right now," Trump said.

"Suppose I have a high level national security and he has got a clearance -- we talk about clearances a lot recently -- and he goes into a high-level meeting concerning China or Russia or North Korea or something and this guy goes in," Trump said. "I don't want him in those meetings."

Trump added: "We're looking at it very strongly from a legal point."