Trump's move on Iran could cost jobs at Boeing 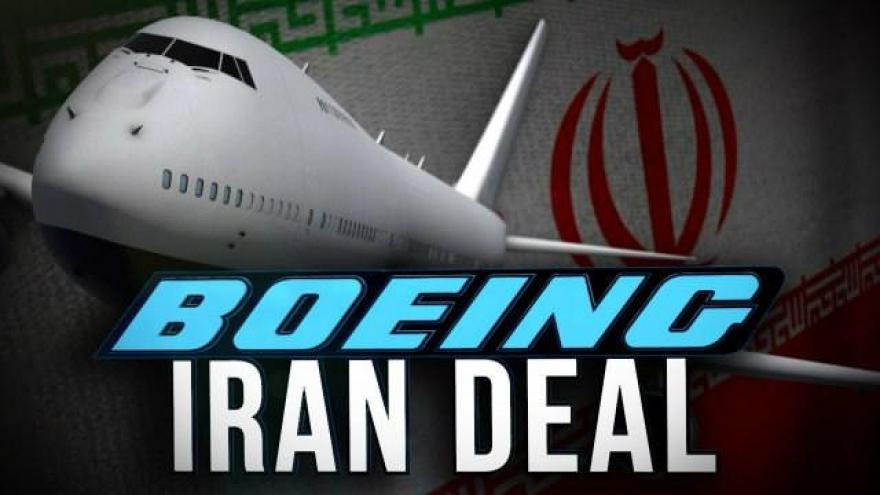 And that could mean trouble for American factory workers whose jobs depend on that sale.

Trump has long been harshly critical of the Iran nuclear deal which allowed the Obama administration to clear Boeing's sale to Iran last December.

After he assumed office, he signed an immigration ban restricting people from seven Muslim-majority countries, including Iran, from entering the U.S. Then, after Iran performed a missile test, he issued a new round of Iranian sanctions Friday morning.

These new sanctions don't specifically kill the Boeing deal, but they could make it harder for it to go through, should Iran retaliate and cancel the deal. A similar deal for European rival Airbus, to sell 100 Airbus jets to Iran for about $10 billion could also be in jeopardy. Since the Airbus jets are made with mostly U.S. parts, that sale also needs U.S. approval.

Boeing wouldn't comment directly on its outlook for the deal.

"We're operating under our current...license," said Boeing Friday. "Should we receive new guidance from the Treasury Department, we will act accordingly."

The problem for Trump is that a hard line stance on Iran could hurt the U.S. manufacturing jobs he says are his top priority. Boeing and its U.S. suppliers such as jet engine makers GE and United Technologies are major U.S. employers. Boeing said at the time the Iran deal was announced that it would support nearly 100,000 jobs at the company and its suppliers.

Boeing has a large backlog of orders, so there won't necessarily be 100,000 layoff notices if the deal falls through. But Boeing has been trimming jobs.

Likewise, if Trump nixes the Airbus sale, that could cause problems for the U.S. aircraft parts makers, according to Adam Pilarski, vice president with industry consulting firm Avitas.

"That would really annoy the Europeans," said Adam Pilarski, vice president with industry consulting firm Avitas. "And that could cause problems for the U.S. because it could move the Europeans not to rely as much on American parts."

Aboulafia said the Trump administration doesn't necessarily have to block these deals for them to fall through. He said Trump's tougher stance on Iran could hurt their ability to finance an Iran purchase with western banks, since they might be reluctant to sign on to risky deals.

"If nothing else, the climate for financing jets is going to get worse and worse, and that alone could kill the deal," he said. "That risk premium was already pretty high." Neither Iran nor Boeing or Airbus have provided details on the financing particulars, he said.