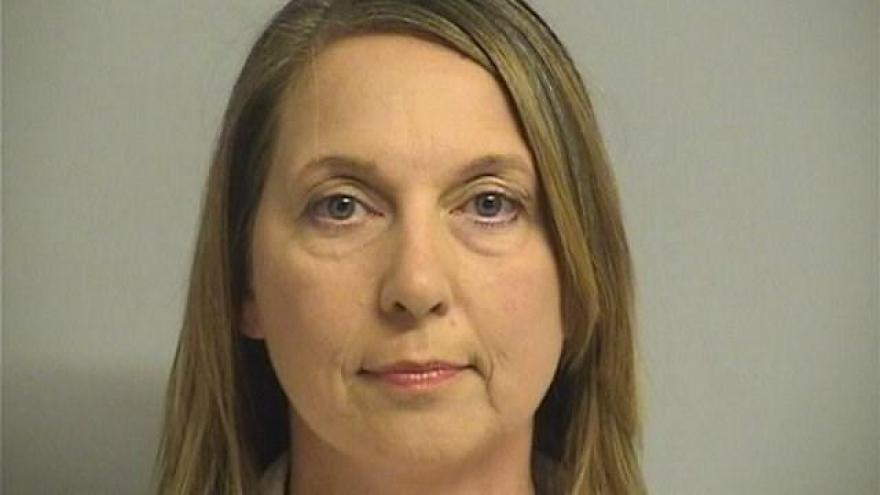 (CNN) -- A jury acquitted a white Tulsa police officer in the fatal shooting of an unarmed black man because there was no evidence the officer acted outside her training, the jury foreman said in a letter released Friday.

"The jury concluded that any officer put in that situation at that exact moment and regardless of the skin color, gender or size of the suspect, would have performed the same way, which is in accordance with their law enforcement training," wrote the foreman, who was not identified by name.

The foreman emphasized officer Betty Shelby's training throughout the three-page letter, which was made public through the court system "to placate the desire of various media members to interview members of the jury."

Shelby had been charged with felony manslaughter in the September 16, 2016, death of Terrence Crutcher -- a shooting captured on video and seen across the nation. She was found not guilty on Wednesday.

Could Taser have been used?

The jurors -- nine white and three black -- deliberated nine hours. They asked the judge to allow them to explain their thinking in open court but he said they could do that after court adjourned.

Agreement did not come easy, the foreperson wrote.

Some jurors "could never get comfortable" with saying Shelby was blameless in the death because it appeared she could have used a Taser in the moments before Crutcher reached into the vehicle, the letter said.

"However, there was no evidence presented that her extensive training allowed such an option," the letter said. "The jury could not, beyond a reasonable doubt, conclude that she did anything outside of her duties and training as a police officer in that situation."

Shelby said she believed her gun was an appropriate level of force. She said she "thought he [Crutcher] had a gun" because he repeatedly put his hands in and out of his pockets and reached inside of his car window. Shelby said she "didn't have time to pull out her Taser."

The jury foreman's letter said the shooting was "unfortunate and tragic, but justifiable due to the actions of the suspect."

'Show me your hands'

The shooting happened after Crutcher's SUV was found stalled in the middle of the street. A witness called 911 and said a man was running away from the vehicle, warning it was going to blow up.

Shelby testified she arrived on the scene and approached the vehicle and cleared it, not seeing anyone inside.

As she turned back to her patrol car, she saw Crutcher walking toward her, alternately putting his hands in his pockets and in the air, she said.

Crutcher did not comply with her commands to "show me your hands," she testified. She also said he was sweating heavily and smelled of PCP chemicals.

Crutcher ignored orders from Shelby and another officer on the scene, Tyler Turnbough, according to Shelby's testimony. She testified that Crutcher put his hands on the SUV and moved to reach into the vehicle.

Her police training taught her that "if a suspect reaches their hands inside of a car, don't let them pull them out," she testified.

At that point, Shelby fired her weapon and Turnbough fired his Taser, she testified. Crutcher, 40, was found to be unarmed after the shooting.

Shelby will return to work with the Tulsa police effective Sunday, department spokeswoman Jeanne MacKenzie told CNN on Friday. She will be assigned a non-patrol position.

If she'd been convicted, Shelby could have been sentenced to between four years and life in prison in the death of Crutcher, a father of four girls.

The killing of Crutcher was one of a number of police shootings of unarmed black men across the United States in recent years that have heightened concerns about possible police misconduct.