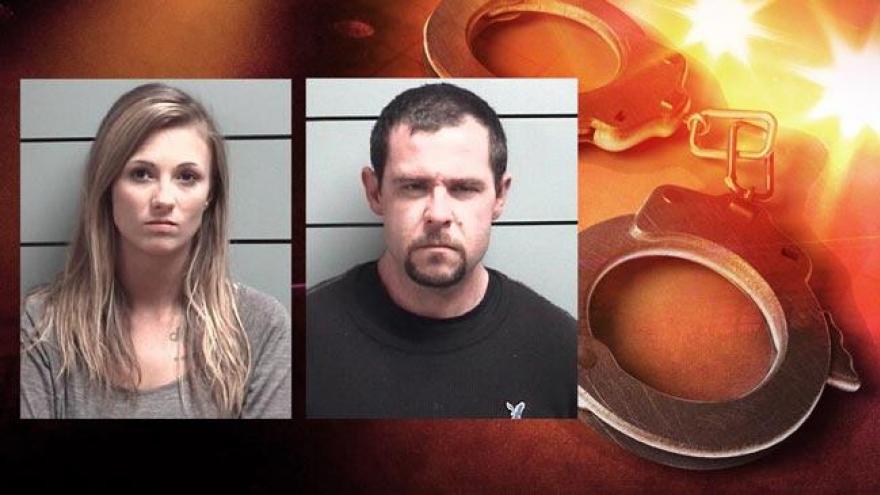 A driver and her passenger were arrested following a vehicle pursuit that reached over 100 mph early Sunday morning.

The Marshall County Sheriff's Department assisted Bourbon Police in the pursuit that lasted for several miles and ended when the suspect's vehicle went off the road and struck a tree on Queen Road near US30 around 1 a.m.

The female driver was identified as 21-year-old Tori Drubert.

Her passenger was identified as Philip Shriver.

Deputies said methamphetamine was located inside the vehicle.

Drubert and Shriver were each booked on preliminary charges of possession of methamphetamine, unlawful possession of a syringe, resisting law-enforcement with a vehicle, and operating a motor vehicle with controlled substance.