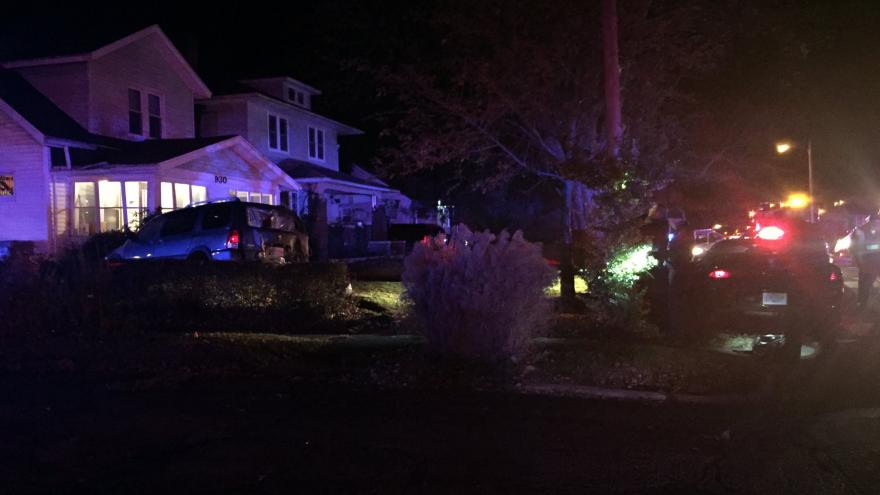 Police say one person was taken to the hospital.

Investigators say it began when police tried to pull over a black Camaro for reckless driving and traffic violations.

The driver wouldn't stop, which led to a chase.

The black Camaro ran a stop sign on Dale and hit a van. The van then went into a house.

A man insie the van was taken to the hospital with non-life threatening injuries.

The Camaro driver then ran from the scene. Police are searching for the driver.

The owner of the house tells ABC 57 the home suffered structural damage. He says he was sleeping at the time of the accident,