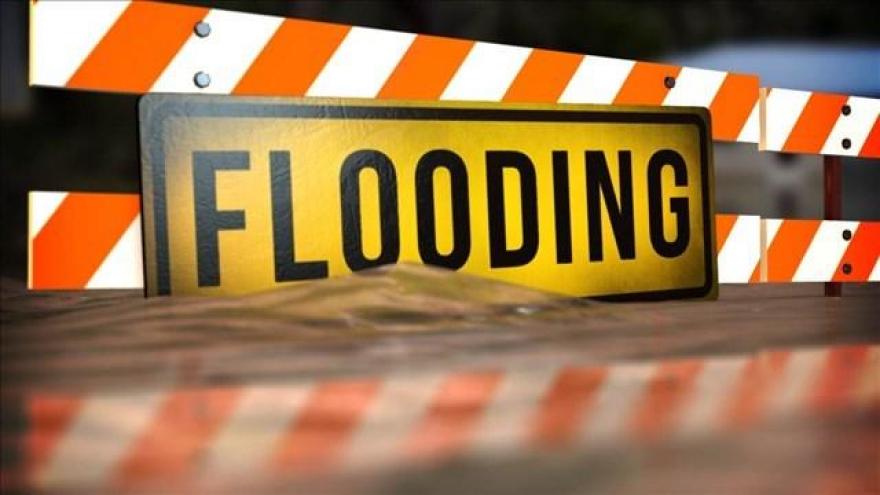 (CNN) -- Two people are now confirmed dead in flash flooding that swept through a Baltimore suburb over the weekend, a spokesman for Howard County told CNN.

One victim was a woman and the other was a man, said spokesman Mark Miller. He did not know their ages or the circumstances of their deaths.

County authorities said they know of no other missing persons. More than a hundred people were rescued after severe thunderstorms and flooding lashed parts of Maryland this weekend, officials said Sunday.

The woman's body was found near downtown Ellicott City, which was swamped by flash floods Saturday night, according to Howard County Office of Emergency Management Press Secretary Andy Barth. He said it was unclear whether the woman was in a car at the time.

Ellicott City is about 12 miles west of Baltimore and lies in the valley of the Patapsco River, a major waterway flowing to Chesapeake Bay.

"People formed human chains to help out others," Barth said.

Video from the scene shows cars being swept away in roads that look like rivers.

Maryland Governor Larry Hogan has declared a state of emergency in Howard County.

"The thunderstorms caused extensive damage to property and infrastructure in the central part of the state, including intense flooding in the historic town of Ellicott City," the governor said in a statement. Hogan surveyed the damaged area Sunday morning.

The National Weather Service said more than six inches of rain fell Saturday night in Ellicott City within a span of three hours or less.

More scattered rain and thunderstorms are forecast for the area, according to the National Weather Service.

Courtney Weglein told CNN affiliate WJZ the water got so high in Ellicott City Saturday night that a man had to be carried to safety.

"It was insane, she said. "It was a flash flood. And I literally came here, I thought we're going to have dinner. Within five minutes, it was panic and my friend was pulling someone out of there, and I've never seen anything like it ... all I can say is, I'm just happy to be alive."