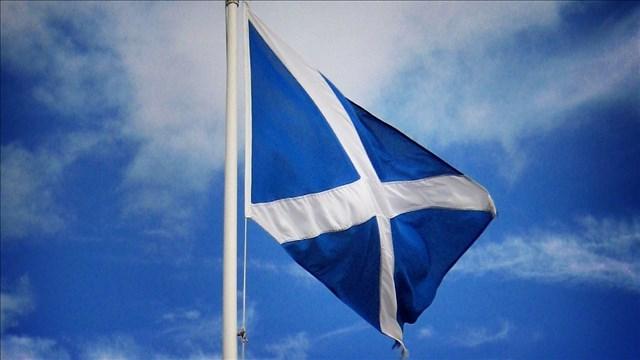 (CNN) -- Two men have set out in a kayak, eager to become the first travelers in centuries to reach Scotland from the Arctic Circle.

What would make them challenge nature and themselves in an attempt to make this self-propelled, 1,200-mile voyage? To spend days and nights at a time in a kayak on frigid, untamed seas, at times paddling instead of sleeping beneath the midnight sun?

It's a journey that has "an element of all adventure," explains kayaker Olly Hicks via Skype from Tórshavn, the capital of the Faroe Islands in the North Atlantic Ocean. He's about halfway between Iceland and Norway on a day that the weather has him stuck on dry land.

"You've got islands. You've got high seas. We've got storms, gales, hostile wildlife, polar bears, walruses, icebergs," he says, listing elements of an adventurer's dream, "as well as huge endurance to make the ocean crossings, as well as a lot of jeopardy and risk in the project.

"The "project," as he calls it, is the challenge of paddling from Greenland to Scotland, a planned 1,200-mile crossing in a sea kayak over approximately six weeks this summer. It's an expedition Hicks and his paddling partner George Bullard are close to completing, and they say they hope to be the first modern explorers to do it.

In recent weeks, they've spent days and nights paddling, sleeping and eating in the kayak, navigating rocky coastlines, big swells and icy straights in a kayak built for two.

It's not just the risk that draws Hicks, a British endurance kayaker who has had a passion for the water since he was a boy. There's also the reward of exploring a mystery -- how could Inuit, an indigenous people, arrive in Scotland by kayak from the Arctic Circle in the 17th century?

Hicks and Bullard set off from a drop zone beyond the icy edge of Greenland on July 1 in a custom-made sea kayak that's about 22-feet long and not much wider than themselves. Since then, they've paddled as many as 70 miles a day.

At times, the days stretch out like the horizon before them.

"I think we underestimated the monotony of the paddling," says Hicks. This from a man who has several extreme kayaking expeditions under his belt and has rowed solo from the United States to England.

"We rely on a compass and GPS so we can know exactly where we are at any given time," says Hicks. But even if the sea poses the same challenges as it did centuries' ago, nowadays there are satellites in the sky above them -- satellites that can power their Iridium sat phone. "That's a huge step forward, so at any place on our route, we can place a phone call to anyone in the world."

Despite advances, they're still exposed to the wet and cold. They've spent more than four days and nights at a time in their boat in the ocean.

Sleeping in a kayak at sea is "an experience I would not recommend to anybody," says Hicks, describing the process of bedding down inside the "invariably pretty wet and horrible" cockpit after setting up a zippered canopy overhead and deploying floats to stabilize the kayak.

They can spend five or six hours at night this way. "You sleep pretty fitfully," he says. "You're listening out for ships that may come because they cannot see you, listening for changes in the weather, changes in the drift, and you can feel that. And you're trying to keep as warm as you can."

If all goes well, it won't be long before their final destination, Scotland, is on the horizon. Hicks says this last leg might be the hardest yet, due to weather conditions this late in the season, the exposure they'll face so far from harbor, plus the men's mental and physical fatigue.

To head out over the horizon again into the unknown, says Hicks, "it takes a huge force of will to do that."