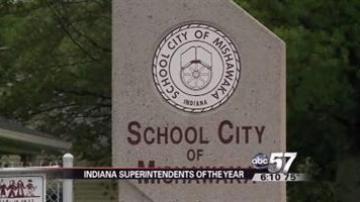 INDIANAPOLIS, Ind. -- Two local educators have been named Superintendent of the year.

Among them Doctor Jerry Thacker, with Penn-Harris-Madison, was named top superintendent for District 2.

Oregon-Davis superintendent, Dr. Steven Disney, is also being honored by his peers. Disney is the District 1 winner.

Since Disney took the job at Oregon-Davis in 2007, the graduation rate has increased to 91-percent.