Two men charged for allegedly shooting each other 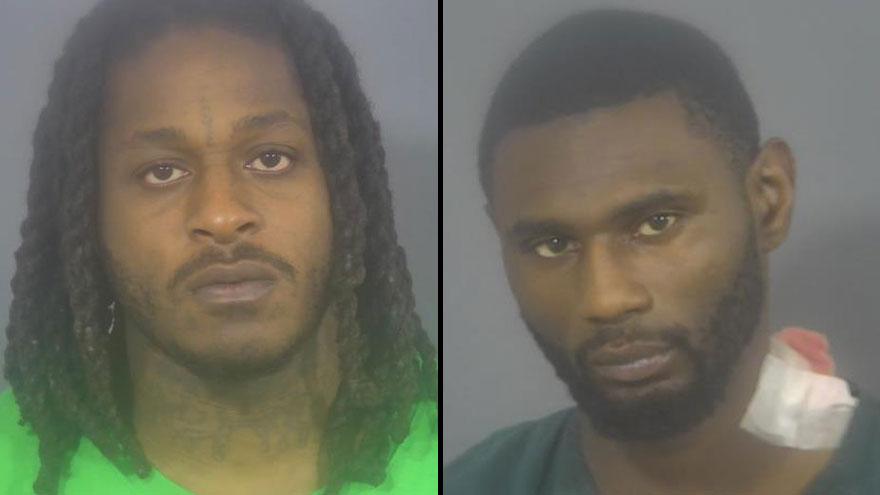 SOUTH BEND, Ind. -- Two men who allegedly shot each other early Monday morning have been charged, according to court records.

Police were called to the area of Huey and Frederickson around 2 a.m. for reports of shots fired.

As officers arrived to the area, they saw a 2006 Ford Fusion leaving the area at a high rate of speed and conducted a traffic stop.

The vehicle had damage caused by gunfire and the driver, Marshawn Lovelady, had been shot, reports said. The passenger was not injured.

Lovelady was transported to the hospital for treatment. He was then taken to the police department for questioning.

Lovelady drove to the area of Huey and Frederickson and pulled up next to Jones-Gunn's car and Jones-Gunn started shooting, reports said.

Lovelady drove away from the scene.

The passenger in Lovelady's car told police Lovelady had a 9-mm handgun and he did fire a shot, according to the probable cause affidavit.

During the investigation, Jones-Gunn showed up at an area hospital for treatment of a gunshot wound.

Jones-Gunn told police he was in his vehicle at the intersection of Huey and Frederickson when someone pulled up next to him and started shooting, reports said.

Jones-Gunn said he didn't know who shot him.

Police located Jones-Gunn's vehicle behind a residence on N. Elmer Street. It had damage caused by gunfire and a substance that appeared to be blood on the driver's seat, according to the probable cause affidavit.

There were four spent shell casings on the driver's side floorboard, police said.