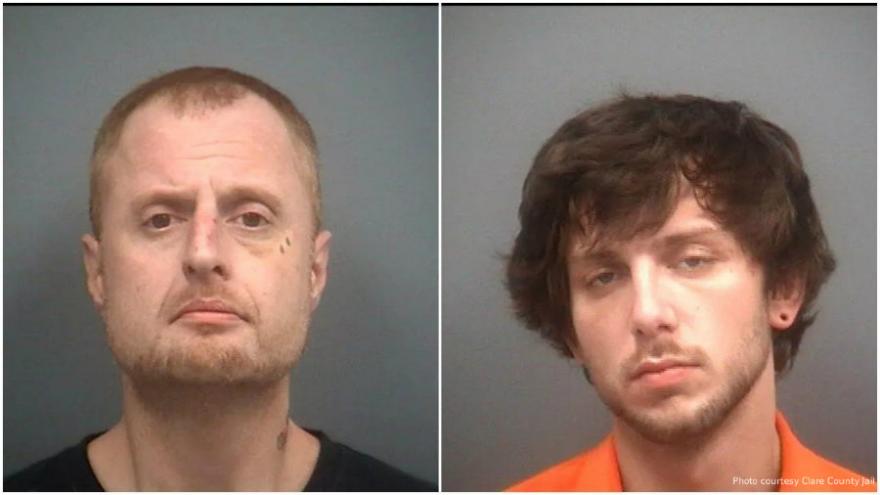 CLARE COUNTY, MI (WNEM) -- Authorities say two men have been arrested after they were found passed out in an intersection with a mobile meth lab.

Police were called about 3:20 a.m. on Saturday, Jan. 6 for reports of two people passed out in a vehicle that was sitting within the intersection of South Clare Avenue and Mannsiding Road in Hatton Township.

When the deputy arrived, he found a black Mercury Cougar in the intersection.

When the deputy tried to wake the driver, 24-year-old Mark Caplan of Gladwin, he became combative, police said. The deputy was restraining Caplan when his passenger, 38-year-old Samuel Polen of Harrison, got out of the vehicle and ran towards the deputy.

The deputy was able to restrain both men until assistance arrived.

During their investigation, authorities said they found a mobile meth lab inside the vehicle, along with several meth components and packaged narcotics.

Police said the vehicle was also found to be taken from a Harrison home without permission.

Both men were booked into the Clare County Jail and arraigned Monday, Jan. 8 on several drug charges. Their bond was set at $120,000 cash each.

Both remain in the Clare County Jail.