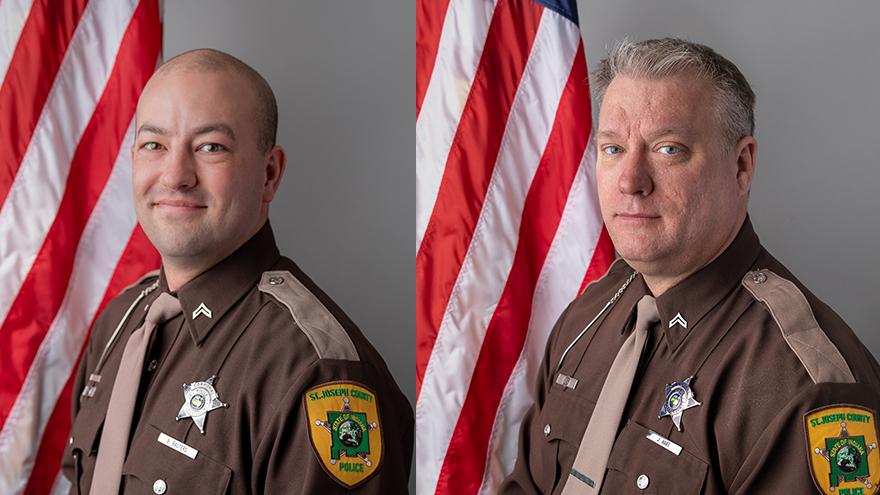 ST. JOSEPH COUNTY, Ind. -- Two officers who allegedly made false statements in the investigation into two crashes involving Stephen Stopczynski on February 5, 2021 have resigned from the St. Joseph County Police Department according to Sheriff Bill Redman.

Due to the resignations of Officers James Hart and Brad Bauters, the sheriff has filed a "withdrawal of charges due to resignation" with the police merit board. Both were facing termination in connection with allegedly making false statements during an internal investigation.

Bauters and Hart responded to two traffic crashes involving Stopczynski on February 5, the first at 3 p.m. and the second, fatal crash, at 7:45 p.m.

The second crash killed Stopczynski and severely injured a young girl in the other vehicle.

The day after the crash, the sheriff received an anonymous tip that two of his officers had interacted with Stopczynski several hours before his fatal crash. He then ordered an investigation into the crash on Crumstown Highway near Pine Road.

Bauters and Hart were suspended on March 26 and the sheriff announced he was seeking their termination in May.