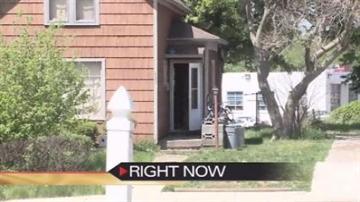 GOSHEN, Ind. -- Several children were taken from their mother after police found a 3-month-old girl and 4-year-old boy without adult supervision, living in deplorable conditions. The mother blames the poor living conditions on the landlord, but he says it’s the tenant’s fault.

"I'd say around 7 o'clock I came out to let the dog out and I saw a blue car sitting out here like a state trooper car,” said Cornelius Dukes.

Dukes said a few hours later more cop cars were in front of the house on N 5th Street.

Other neighbors say it is home to a husband and wife and their four young children.

The mother, who did not want to go on camera, said she left her three month old daughter and 4-year-old son in the care of her 14-year-old son. She said he left the children and was supposed to be watching them.

Neighbors saw the 4-year-old playing close to the street, but thought his parents were nearby, however a few hours later they tell us the house was surrounded by police.

"Ridiculous the way some of these people live around here but they ain't [sic] got no manners,” said Dukes.

The Goshen Police Department says the residence was "not in safe living conditions."

The mother said those living conditions have a lot to do with the landlord.

So we went to the Goshen building department and found a list of required work the landlord Ron Davidhizar failed to complete, like fixing two broken windows and a toilet.

He claims he has 30 days to fix the problems and puts the unsafe living conditions back on his tenant.

"They are in the process of being evicted,” said Davidhizar.

As for his failure to pass inspection at the home, that has been turned over to Goshen's legal department.

The mother said she was in court Thursday and all four of her children have been removed from her custody.