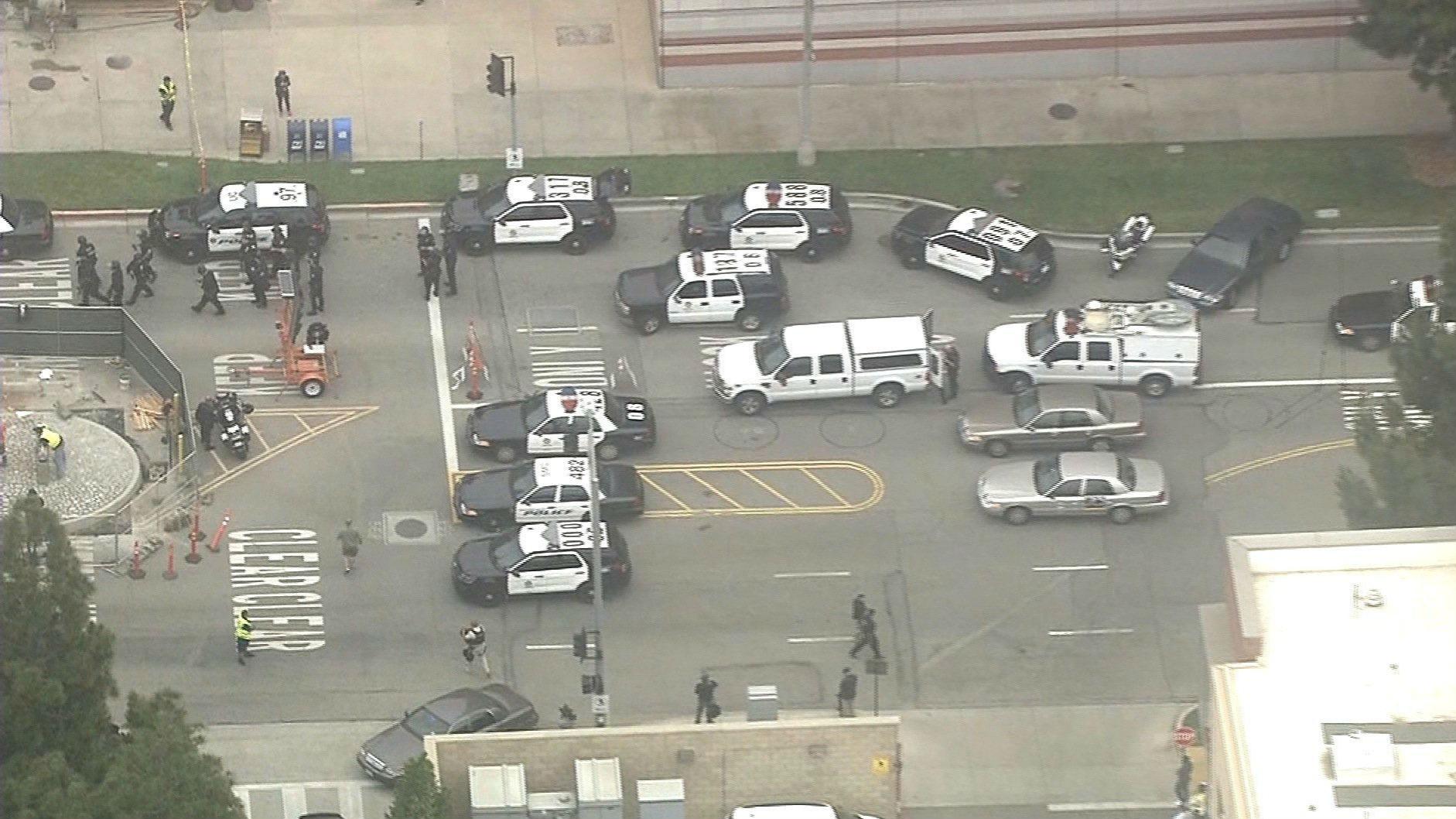 (CNN) -- Two people were killed in a murder-suicide on the UCLA campus Wednesday, prompting a campus-wide lockdown and forcing hundreds of terrified students to hide in buildings.

Suspects are no longer on the loose, and there is no continuing threat on campus, Los Angeles Police Chief Charlie Beck said. He said the situation was contained, and a weapon was found.

UCLA Police Chief James Herren said he did not know whether the two males killed were students or staff members. Both were found inside an engineering building.

Authorities had received reports of an active shooter in or near the building, Los Angeles Police Officer Tony Im said.

Officials put the campus on lockdown as authorities investigated the incident. Large groups of police with long guns patrolled the streets of the campus of more than 40,000 students.

SWAT officers and dozens of squad cars filled the area as police tried to clear campus buildings floor by floor.

Freshman Teddi Mattox said she was in a cafeteria getting breakfast with about 100 other students when the shooting occurred.

"We got the alert and a woman said, 'This is not a joke, everyone get to the back of the dining hall because we have to stay away from the windows,'" she told CNN. "We're crowded back here, we've been here for at least an hour and a half. People are crying, they're nervous, they're shaking.

"I have not stopped shaking for the last hour and a half," she said.

Los Angeles police will lead the shooting investigation. Agents from the FBI and the Bureau of Alcohol, Tobacco, Firearms and Explosives also were headed to the scene.

"If it's a personal thing between a couple of students, then it will be a local police matter. If by chance it turned into a terrorist situation, then the FBI would have primary jurisdiction over that."

Fuentes said locking down a large university in an urban area is a "monumental task." UCLA's engineering building is in the middle of a very densely populated part of Los Angeles.

And if an active shooter is on campus, police face an exceptional challenge, Fuentes said.

UCLA's final exams are scheduled for next week, with graduation set for Friday.

According to UCLA, the school is known as the "birthplace of the Internet" because in 1969, the first transmission on what would become the Internet was sent from the engineering school's Boelter Hall.