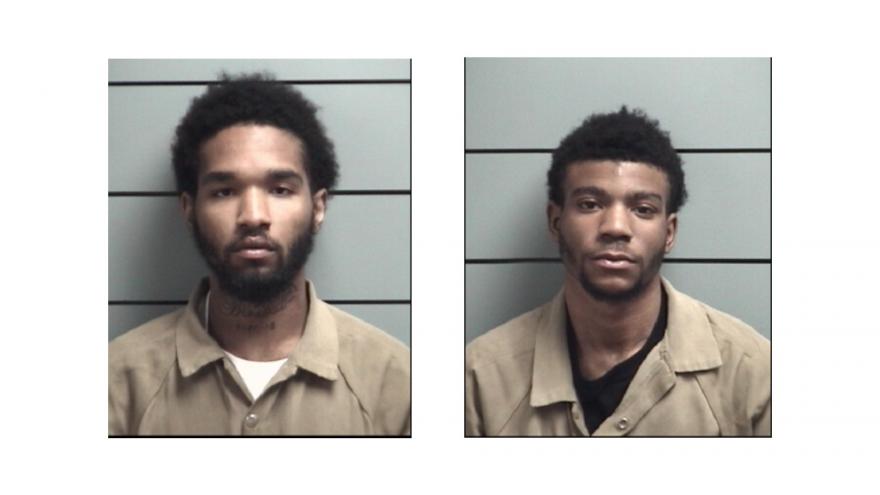 A trooper was able to initially stop a silver Nissan SUV south on US 31, near Veteran’s Parkway, just before 9 a.m. Thursday, the report said. The trooper determined that the Nissan was traveling at 100 mph, troopers said.

The Nissan allegedly came to a stop in the right lane of southbound US 31 behind the police car, according to troopers. The trooper reversed to get behind the teens, but they allegedly pulled into the left shoulder, troopers said. As the trooper got out of his vehicle, the two teens allegedly drove off, according to the report.

The Nissan fled southbound US 31, exited eastbound US 30 and quickly looped back to flee northbound on US 31, troopers said. The chase exited westbound on Veteran’s Parkway towards Michigan Road, according to troopers.

A Marshall County Deputy took the lead in the chase at the roundabout in Michigan Road.

The chase went through Plymouth and into Argos before ending up on Old 31. The driver of the Nissan came to a stop and was taken into custody at Old 31 and CR 700 North, just into Fulton County, troopers said.

The driver of the vehicle was identified as Da Qua Micou, 18 of South Bend. Micou was preliminarily arrested for Resisting Law Enforcement, Reckless Driving, Operating a Vehicle Without Ever Receiving a License and Possession of Marijuana, according to troopers.

The passenger was identified as Malik Clark, 19 of South Bend. Clark was preliminarily arrested for Possession of Marijuana, according to troopers.

The two were taken to the Marshall County, the report said.