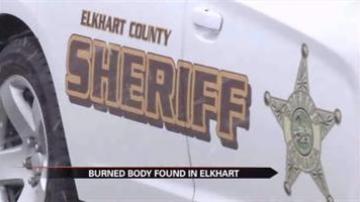 ELKHART, Ind. -- What's usually a fairly quiet neighborhood, right off of County Road 20 was anything but quiet Monday.

Police were called just after 1 a.m. by someone who found a body outside of a storage garage.

Investigators were on the scene for three hours.  They say right now, the case is not being treated as a homicide.

"It is still early in the investigation, but no active suspects at this time.  We are looking at this as a death investigation," explained Captain James Bradberry of the Elkhart County Sheriff's Department.

The sheriff's office identified the body as a 54-year-old man who lived in Elkhart, but they are not releasing his name.

"We do know who the individual is, we're just withholding it right now out of respect for the family," Bradberry said.

Investigators are still looking into what caused his death and what started the fire. Toxicology reports from the coroner's office are expected back soon.

The neighborhood where this body was found is a very tight-knit community.  Neighbors tell ABC 57 that the storage unit that the body was found near belongs to a family that moved in not too long ago.