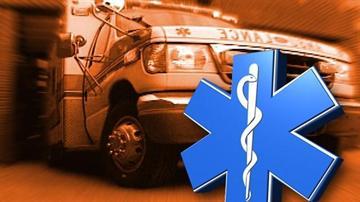 SOUTH BEND, Ind. --  The Notre Dame Football charter flight landed in South Bend late Saturday from Dublin, but  rather than fans welcoming the Irish back to Indiana, the plane was met by emergency crews.

“Had a little bit of a scare, but it turned out everything looks to be pretty good,” said Head Coach Brian Kelly on Sunday.

According to the university, Director of Player Development and Engagement Ernest Jones became ill with about 2 hours left on the flight.

Kelly added on Sunday that Jones had an adverse reaction to sinus medication, and was a bit dehydrated.

Initially South Bend Police confirmed that they had a medical call from the plane with reports of a possible heart attack.

Later on the scene Saturday night, a Notre Dame Representative told ABC 57 the medical call was for a male administrator who fainted on the plane and showed signs of a heart attack.

ABC 57's Jessie McDonough was behind an ambulance assumed to be on way to hospital & the lights were not on.

The flight returned to South Bend Regional Airport Saturday at about 11:50 p.m.

Earlier Saturday, the Irish beat Navy in their season opener in Ireland 50-10.