UPDATE: Niles man hit and killed while walking to work 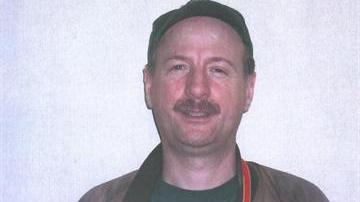 NILES, Mich. - A man is dead after he was hit by a car Tuesday morning while walking to work. Michigan State Police investigators say 49-year-old Scott Parm of Niles was crossing US-12 near South Third Street when an oncoming car hit him.

Police said the man was only a few feet from crossing the street safely.

Parm was walking to Shelton’s Farm Market, his place of employment for the past twelve years. “You’re trying to do your job but it’s hard when you’re doing your job and it reminds you of him,” said Greg Wright, an employee at Shelton’s who worked with Parm for five years.

“We called each other sidekicks,” said Kurt Glinsmann, Parm’s closest work friend. “He called me his half-brother.” Glinsmann never asked but knew Parm walked to work. “That was his transportation, his legs, he walked to work every day.”

According to Michigan State Police, the light turned ‘green’ at the intersection and an oncoming car hit Parm who was crossing US-12 a few hundred feet from the intersection.

Police said it was dark outside and Parm was wearing dark colored clothing.

At Shelton’s Tuesday morning’s news was tough to take. “Scotty was very caring to everybody,” said Glinsmann. “He was a real hard worker.”

“He had a couple brothers that were out of town but we were his family,” said Wright. “He’ll be greatly missed.”

No charges are expected to be filed against the driver of the car. The driver claimed she was going about 55 mph, but police estimate she was going closer to 35 mph.