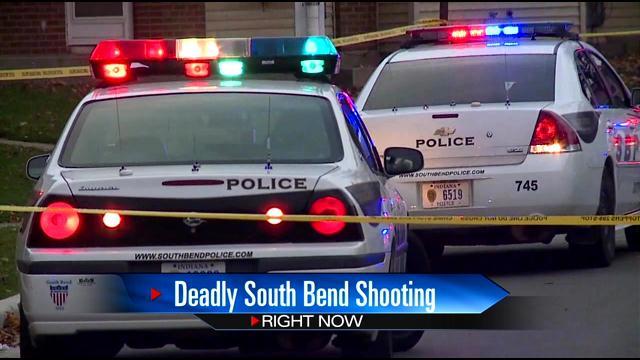 One man has died following a double shooting and his alleged killer is on the run. Metro Homicide said Brian Rankin is the lead suspect connected to the shooting and police believe he is armed and dangerous.

Corbett said, "He's armed, he's dangerous, he shot into a highly populated area, he was very accurate with his abilities to use his weapon. If you see him call the police. Let us handle it. If you know where he is, turn him in. If you're hiding him out, and we find out, we're coming after you.”

26-year-old Tommy Thompson died from a gunshot wound on Thursday. His father Rick Thompson was also injured in the shooting but he is expected to recover.

Corbett said, “By the grace of God, no one else was hit.”

One resident said she saw some suspicious activity before the shooting on Wednesday. She said men who are not police were walking around with guns.

Ebony Logan said, “All these men came out here with sniper rifles one had on a ski mask and one had on gloves in broad daylight. There were kids out here. It's like are you are fixing to come kill me and my family?”

One witness recalled the tragic scene and the victim lying in a pool of blood.

Yusef Touray said, “I saw this man in a red truck come out screaming that his son got shot.”

Police don't believe the double shooting is connected to gang activity at this time. They said the suspect and victims were acquainted with each other.