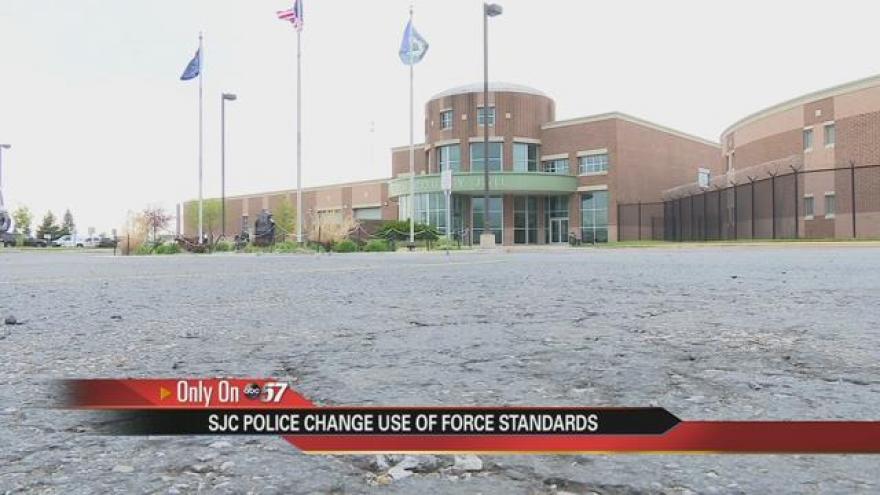 St. Joseph County Police have a new use of force policy that goes into effect Monday.

Changes include more detailed protocol and lessons from current events.

“There is a lot more scrutiny around the topic of use of force than there ever has been before,” Assistant Chief Bill Thompson said.

Use of force is a spectrum of actions officers can take from a simple touch, to using a weapon.

A new policy was approved in March for county officers, and they have been training for weeks.

Thompson says the policy is updated with current community expectations and best practices.

Use of force requires both show of authority and de-escalation, and the officers must always be ready to respond if things get out of control.

Under the new policy there is section about the sanctity of life, and a requirement that officers watch one another – to make sure they don’t go too far.

Each situation is different and unpredictable, but Thompson says force should be fair and proportional.

“It should be proportional to the type of crime or incident that you’re investigating,” Thompson said.

The immediate goals of the police contact are safety is de-escalation, in hopes of preventing injury to civilians and officers alike.