US 31 reopens after semi rollover crash 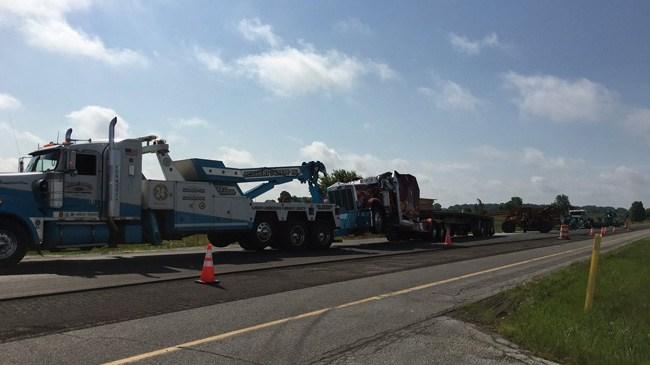 The northbound lanes of US 31 have reopened after a semi rollover crash early Wednesday morning.

The driver told the Marshall County deputies he was driving northbound near the 229 mile marker when he said a vehicle tried to pass him in the passing lane which is closed for construction.

The driver said it caught him off guard and he drifted off the shoulder and into the ditch. His flatbed trailer with a full load of lumber and his cab overturned.

The semi landed on its roof.

The driver was able to get out of the semi and suffered minor injuries. He was treated and released at the scene.