US and Russia inch closer to cooperating on Syria, but long road lies ahead 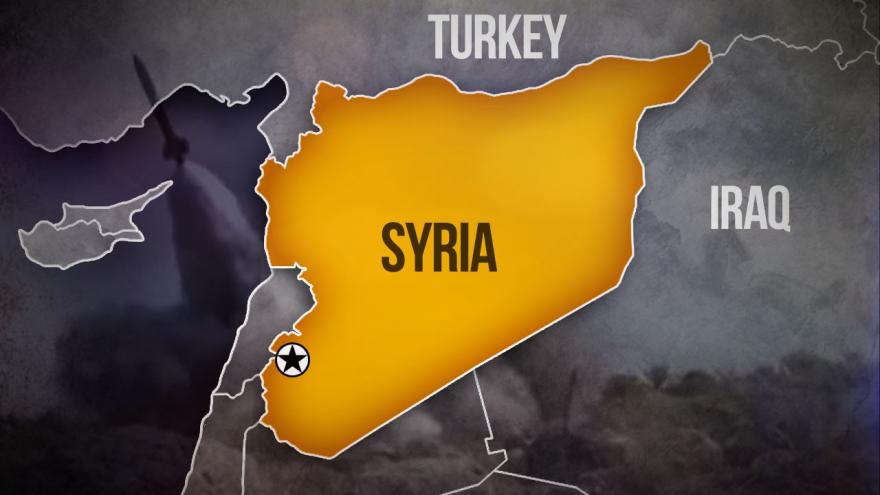 (CNN) -- Both sides have described the meeting of Presidents Trump and Putin in Hamburg on Friday as constructive and businesslike -- and both highlighted the possibility of greater cooperation in ending the Syrian conflict.

US Secretary of State Rex Tillerson said the two leaders had reached an agreement on curbing violence in Syria.

The first step toward that was agreement on establishing a ceasefire and de-escalation zone in southwest Syria, in the province of Deraa and along the Lebanese border. It's an area that has seen intense combat recently among many competing groups. The US and Jordan have been backing moderate rebel groups in southern Syria against the regime.

Tillerson, who joined the talks in Hamburg, said the ceasefire was a "defined agreement" and could be a precursor to further cooperation in Syria. His Russian counterpart, Sergey Lavrov, said the US and Russia had "promised to ensure that all groups there comply with the ceasefire," which will come into effect Sunday and be underwritten by Russian military police coordinating with the US and Jordan.

"This is our first indication of the US and Russia being able to work together in Syria," he said.

It will be a test case for future collaboration. Tillerson earlier this week called on all parties in Syria (minus ISIS and factions allied to al Qaeda) "to avoid conflict with one another and adhere to agreed geographical boundaries for military de-confliction and protocols for de-escalation." And on Friday he said the Hamburg meeting included "a very lengthy discussion regarding other areas in Syria" beyond Deraa.

Russia, Turkey and Iran already have established four de-confliction zones in other parts of Syria. They have seen a reduction in violence but have not been accepted by a number of rebel groups, and their borders and the mechanics for monitoring the zones have yet to be ironed out .

The area in southern Syria will be the first in which the US is party to such a zone.

So the opening phase of cooperation is likely to be about avoiding unintended consequences, especially as both sides (US plus Syrian Democratic Forces/regime plus Russia and Iran) race to secure oil-rich parts of eastern Syria where ISIS is still hanging on.

But the two governments still have very different long-term goals in Syria. Russia has spent the last two years supporting the Assad regime militarily -- with airstrikes and special forces on the ground. In that time, the regime has gradually reasserted control over major cities, with rebel groups being finally driven out of Aleppo, the largest city in Syria, at the beginning of this year.

Together with Iran and Turkey, Moscow has set up its own peace talks for Syria and negotiated the transfer of hundreds of rebel fighters and their families to the northwest province of Idlib, which remains outside regime control but heavily damaged.

The US has focused on defeating ISIS by nurturing the Syrian Democratic Forces, an alliance of Arab tribes and Kurds, in the north and east of the country. Gradually, they have pushed ISIS out of large swathes of territory, aided by hundreds of coalition airstrikes, and are now inside Raqqa -- ISIS' 'capital' in Syria.

The US has also deployed troops to the border with Iraq in an effort to prevent Iran from creating a 'land-bridge' into Syria, and by extension into Lebanon, where Iran is a long-time supporter of the Hezbollah Shia militia.

In essence Moscow and Washington have been fighting two separate wars, sometimes at close quarters. Last month, the US shot down a regime jet threatening SDF forces near Raqqa.

Long way to go toward a consensus

There's a long way to go before agreement can be reached on the long-term future of Syria.

First, there's the question of Iranian involvement on the side of the regime. Iran has committed elements of the al Quds force and other militia to the battle, and provided substantial financial support to the regime. The US and its main regional ally, Israel, want Russia to help reduce the Iranian footprint in Syria. The Trump administration has taken a much more adversarial position toward Iran than its predecessor, and the deployment of small numbers of US troops on the Iraq-Syria border, where there are also pro-Iranian militia (on both sides of the border), may be seen as a sign of that larger goal.

Then there's the future of President Bashar al-Assad. The Obama administration insisted that he must relinquish power as part of any final settlement. But the Trump administration seems equivocal about that.

US Secretary of State Rex Tillerson said on Friday that the administration sees "no long-term role for the Assad family or the Assad regime."

"How Assad leaves is yet to be determined," Tillerson told reporters in Hamburg. "There will be a transition away from the Assad family," he said.

But the President suggested after the chemical weapons attack in April -- which triggered a barrage of US cruise missiles against a Syrian airbase -- that "with the acts that [Assad] has taken, it would seem that there would be no role for him to govern the Syrian people."

Thirdly, there's the question of what happens to US allies on the ground -- and specifically the SDF. There's no coordination yet on who will lead the assault on ISIS' last main bastion in Syria -- the city of Deir Ezzour near the Iraqi border. US sponsorship of the SDF and its control of much of northern Syria is a significant bargaining chip going forward.

Fourthly, how will any process toward stability be handled? Russia, Iran and Turkey have set up what's called the Astana process, in which the US has not been involved and of which Syrian rebels are very wary, regarding Iran as a "hostile state." Will the US now participate in that process, or demand the revival of a UN-led peace process?

All of which leads to the biggest and thorniest of issues: What would a Syria at peace look like? Would Bashar al Assad allow areas of self-rule? He has previously ruled that out, vowing to clear "every terrorist" from Syria.

How would the immense task of reconstruction -- measured in the tens of billions of dollars -- be addressed? Russia certainly doesn't have the resources to carry it out, but extremism is likely to breed again if much of the country remains in ruins.

Tillerson has said that if the US and Russia can "work together to establish stability on the ground, it will lay a foundation for progress on the settlement of Syria's political future." And he sees an opportunity now because, as he put it in Hamburg, "in many respects, people are getting tired. They're getting weary of the conflict."

There will be plenty of skeptics and some vocal opposition in Congress from the likes of Senator John McCain to any "arrangement" with Putin and Assad and especially any cooperation on the ground with the Russian military.

But perhaps, just perhaps, the first brick in the foundation Tillerson speaks of is about to be laid.