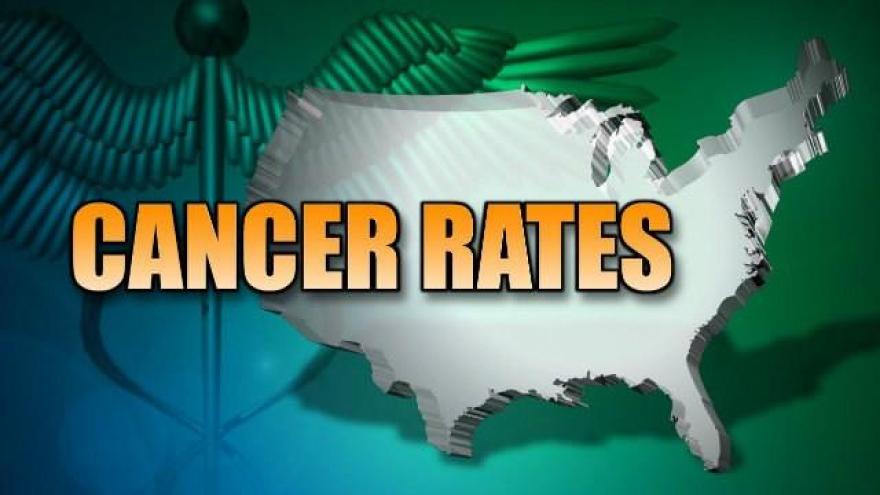 (CNN) -- Cancer remains the second leading cause of death in the United States. Still, there's reason for hope: Overall, the death rate from all cancers fell 25% between its peak in 1991 and 2014, the most recent year for data, according to a report from the American Cancer Society published online Thursday in CA: A Cancer Journal for Clinicians.

This decline translates to more than 2.1 million deaths prevented if peak rates had continued, according to Rebecca L. Siegel, lead author of the report and strategic director of surveillance and health services research at the American Cancer Society.

"Since the peak in 1991, cancer death rates have been declining by about 1.5% per year, not only because of the reduction in smoking, but also because of improvements in the early detection of cancer (through both screening and increased awareness) and advances in treatment," Siegel wrote in an email. "We anticipate that death rates will continue to decline."

However, Siegel and her co-authors project more than 4,600 new cancer diagnoses each day during 2017.

For the report, the American Cancer Society gathered data from the National Center for Health Statistics at the National Cancer Institute. Available data included cancer cases most recently reported in 2013 and deaths from cancer most recently reported through 2014. The new report also includes an estimate of the total number of deaths prevented, due to declining rates, over time.

"These are the most accurate statistics we have," said Geoffrey Kabat, senior epidemiologist at the Albert Einstein College of Medicine. Published annually, they are presented in an accessible way to provide a "statistical picture," and this year, "it is a positive picture," said Kabat, who was not involved in the research.

For children between 1 and 14 years old, cancer is the second most common cause of death, after accidents, according to the report. Leukemia (29%) accounts for nearly a third of all cancers within this age group, followed by brain and other nervous system tumors (26%).

The most common causes of cancer death among adults continue to be lung, colorectal, prostate and breast cancers. These four account for just under half -- about 46% -- of total cancer deaths among men and women.

This trend began about 1990, around the time when awareness of the prostate-specific antigen screening test increased, he said.

"Similarly, breast cancer is going down, and that decline is probably due more to improved treatment for breast cancer," Kabat said. This decrease can be attributed "maybe some small amount to screening mammography," but overall, "breast cancer treatment has improved, and that's saving lives."

"Smoking rates peaked in the 1960s and began declining with increasing knowledge and awareness of the health hazards associated with smoking," Siegel said. "However, because there is a lag of several decades between exposure and cancer diagnosis, cancer death rates didn't peak until 1991."

The decrease in smoking is one explanation for the overall decrease in cancer, Kabat said.

Women took up smoking in large numbers later and at older ages than men, the authors noted, and women were also slower to quit.

"Lung cancers rates are now beginning to go down in women. They reached a peak, and now they're going down," he said, adding that the rates in women "should continue to decline just as they have for men."

Still, more than a quarter of overall cancer deaths among men and women during the study period were due to lung cancer, according to the authors.

"These low rates are partly because there aren't early symptoms for these cancers, and more than half of cases are diagnosed at a (late) stage," she said. When cancer has progressed far and is caught relatively late, the five-year survival drops to only 3% to 4%, she added.

Looking to the future, Siegel and her co-authors predict that 1,688,780 new cancer cases and 600,920 deaths from cancer will occur across the United States during 2017.

Among men, prostate, lung and colorectal cancer will account for 42% of all new cancers in 2017 among men, according to the report. Prostate cancer alone will contribute one diagnosis out of every five.

For women, the three most common cancers in 2017 will be breast, lung and colorectal. Combined, these will equal half of all new cases. By itself, breast cancer is expected to account for 30% of all new cancers among women, about 63,410 cases, according to the new report.

"The cancer death rate in black men was almost 50% higher than that in white men in 1990 but was just 20% higher in 2014," she said. Still, she believes this progress will be seen as accelerating in 2015 due to more people having health care coverage under the Affordable Care Act.

Siegel said research is needed to improve early detection and treatment for all cancers. She added, "We also need creative new strategies to increase healthy behaviors and reduce obesity, which could prevent about 20% of all cancers from ever occurring."