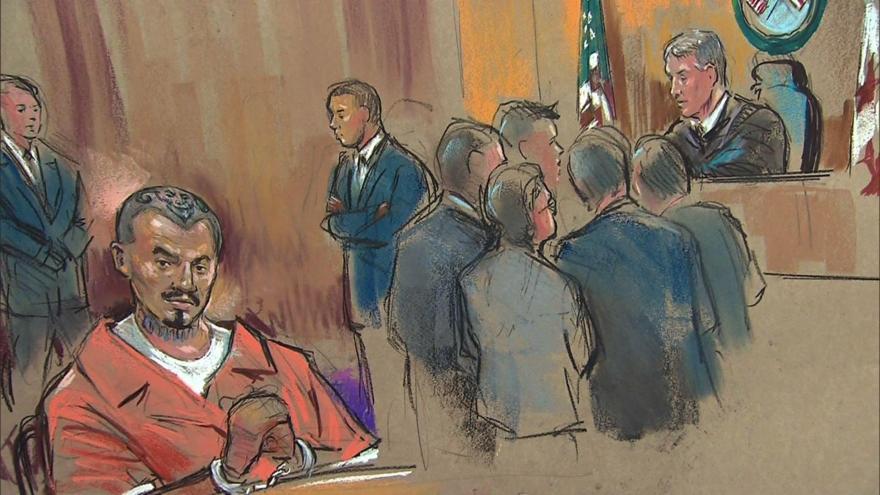 (CNN) -- The federal government has deported the man tried unsuccessfully in the killing of Chandra Levy, a 24-year-old Washington, DC intern who went missing in 2001.

On Friday, Immigration and Customs Enforcement "removed" Ingmar Guandique from the the country, the agency said in a statement. Guandique, an undocumented immigrant, was sent to his native El Salvador.

He had been convicted in 2010 of killing Levy and sentenced to 60 years in prison.

His lawyers appealed the conviction and questioned the credibility of a witness who was a felon and former gang member. That man testified that Guandique confessed to him that he killed Levy.

A judge granted a new trial in May 2015. But prosecutors said they couldn't prove the case, and charges against Guandique were dismissed last July.

When arrested in the Levy case, Guandique was serving 10 years for attacking two other women.

Levy was working as an intern for the Bureau of Prisons when she was last seen on May 1, 2001.

The search for her drew broad attention because she had been romantically linked to Gary Condit, who at the time was a California congressman from her home district.

Police questioned Condit about her whereabouts but said he was never a suspect.

Levy's skull was found on May 22, 2002, in Washington's Rock Creek Park, the same park where Guandique had assaulted the other two women.