Some of us have already started to notice our hay fever acting up as we slowing enter into allergy season. It's much worse in other parts of the country though. Unfortunately for some, allergy season is becoming longer in many spots across the U.S.

Allergy season is getting longer for 83% of the 201 U.S. cities analyzed by Climate Central. The reason is because the last freeze in spring is coming earlier and the first freeze in fall is coming later. According to Climate Central, as the climate warms, the impacts of allergies are expected to rise.

This map shows where cities are experiencing longer growing seasons, which means longer allergy seasons. The largest green circles show cities where the warm season has lengthened by over two months since 1970. The medium circles show a lengthening of one to two months, and the smallest green circles are less than a month. The orange circles show some of the cities where the warm season is not actually lengthening, instead shrinking, and south bend is one of them. 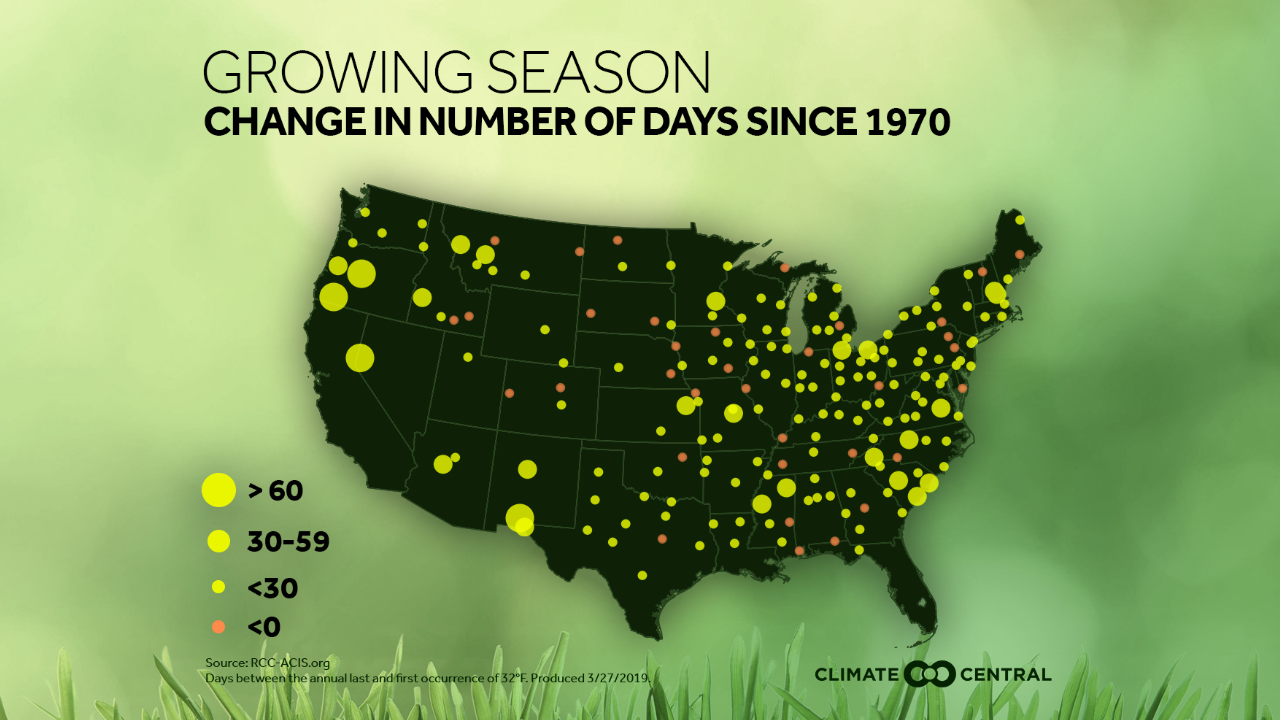 In fact it's been very noticeable in the past 19 years. Our average last freeze is April 24th, but since 2013, the last freeze has mostly happened in May. 2014 was a rough year with freezing temperatures lasting until May 16th. This is likely due to our micro-climate, being in the shadow of Lake Michigan. 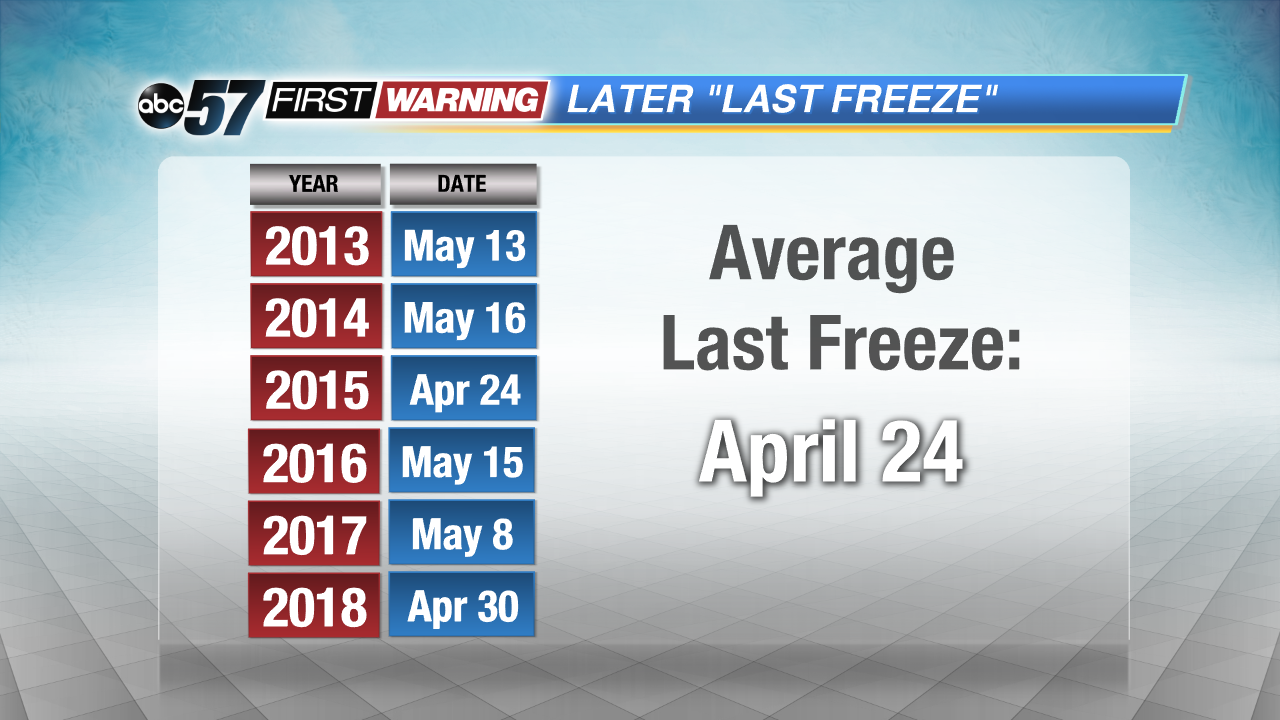 These later freezes keep the allergy season a bit shorter, so we don't have to suffer nearly as much as everyone down south or out west.

Here in Michiana, temperatures have been cooler than normal throughout the month of March, which has kept pollen levels down. However, we are now starting to see pollen levels rising into the medium level. The pollen levels will stay at low levels over the upcoming weekend, as cooler temperatures and rain will suppress the pollen. 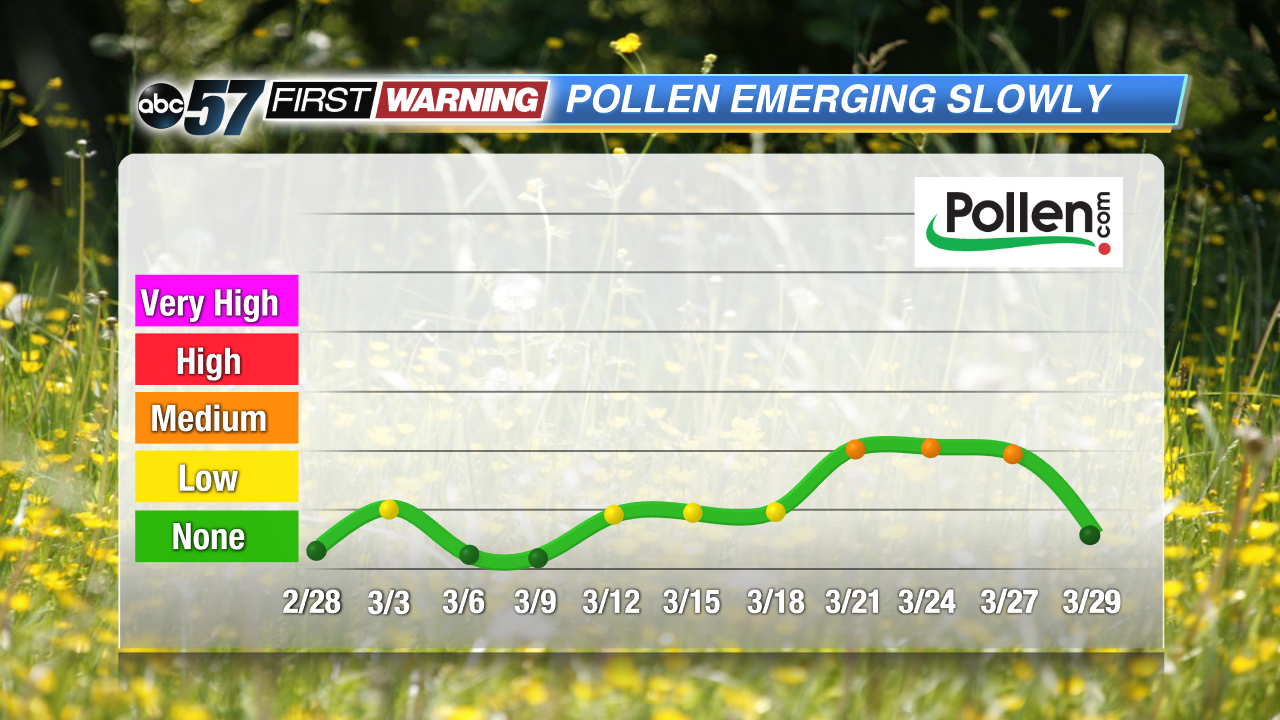