US Navy confirms UFO videos are the real deal 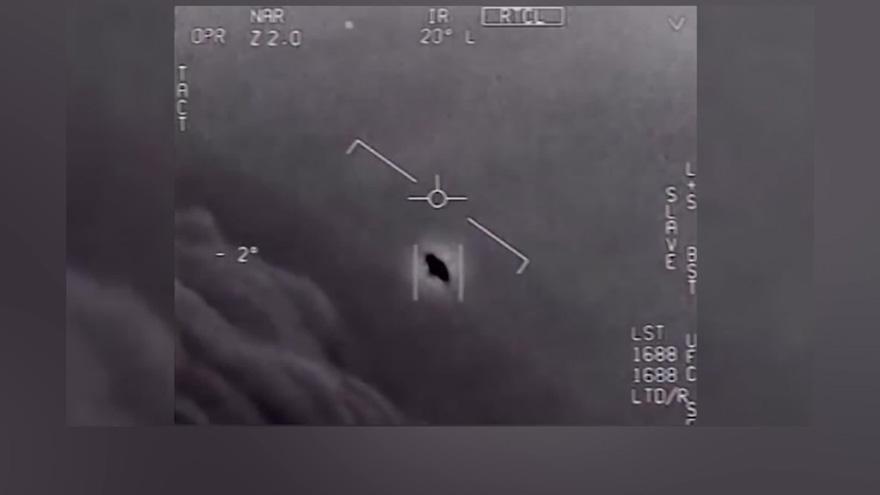 (CNN) -- The US Navy has finally acknowledged footage purported to show UFOs hurtling through the air. And while officials said they don't know what the objects are, they're not indulging any hints either.

The clips, released between December 2017 and March 2018 by To The Stars Academy of Arts & Sciences, appear to show fast-moving, oblong objects captured by advanced infrared sensors.

In footage from 2004, sensors lock on a target as it flies before it accelerates out of the left side of the frame, too quickly for the sensors to relocate it.

Two of the videos, both from 2015, contain audio from US fighter pilots attempting to make sense of what they're seeing.

"My gosh! They're all going against the wind."

"Look at that thing, dude!"

Gradisher said the Navy's transparency about unidentified aerial phenomena, or UAP, is largely done to encourage trainees to report "incursions" they spot in the airfield, which threaten pilots' safety.

"This is all about frequent incursions into our training ranges by UAPs," he said. "Those incursions present a safety hazard to the safe flight of our aviators and the security of our operations."

"For many years, our aviators didn't report these incursions because of the stigma attached to previous terminology and theories about what may or may not be in those videos," he said.

The only way to find out what those UAP are, he said, is to encourage trainees to report them when they see them.