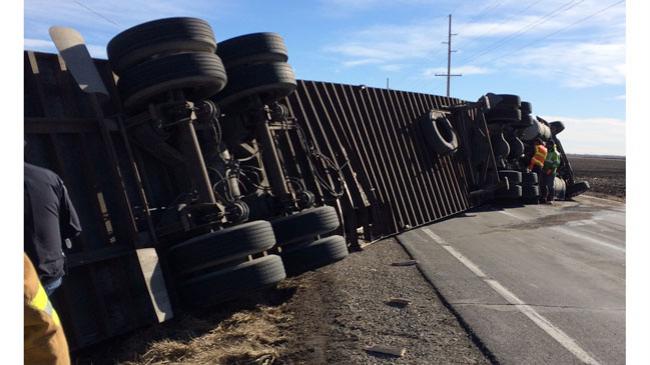 US421 in La Porte County was shut down between SR8 and SR10 because of an accident involving an overturned semi and a Jeep Friday afternoon. It reopened at 6:15 p.m.

According to Captain Tim Shortt with the La Porte County sheriff's Office, the semi was traveling southbound when it was blown over by a gust of wind.

A Jeep traveling northbound collided with the trailer, drove through it and ended up in a roadside ditch.

The overturned semi is blocking US421.

The driver of the Jeep suffered minor injuries and was taken to the hospital.

The accident also caused a diesel spill and HAZMAT crews were called out to clean it up.