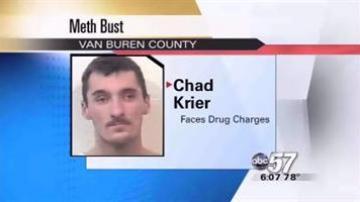 Deputies said they got a tip saying that he was at his mother's house in Gobles.

Instead, they found him next door, hiding under a bed.