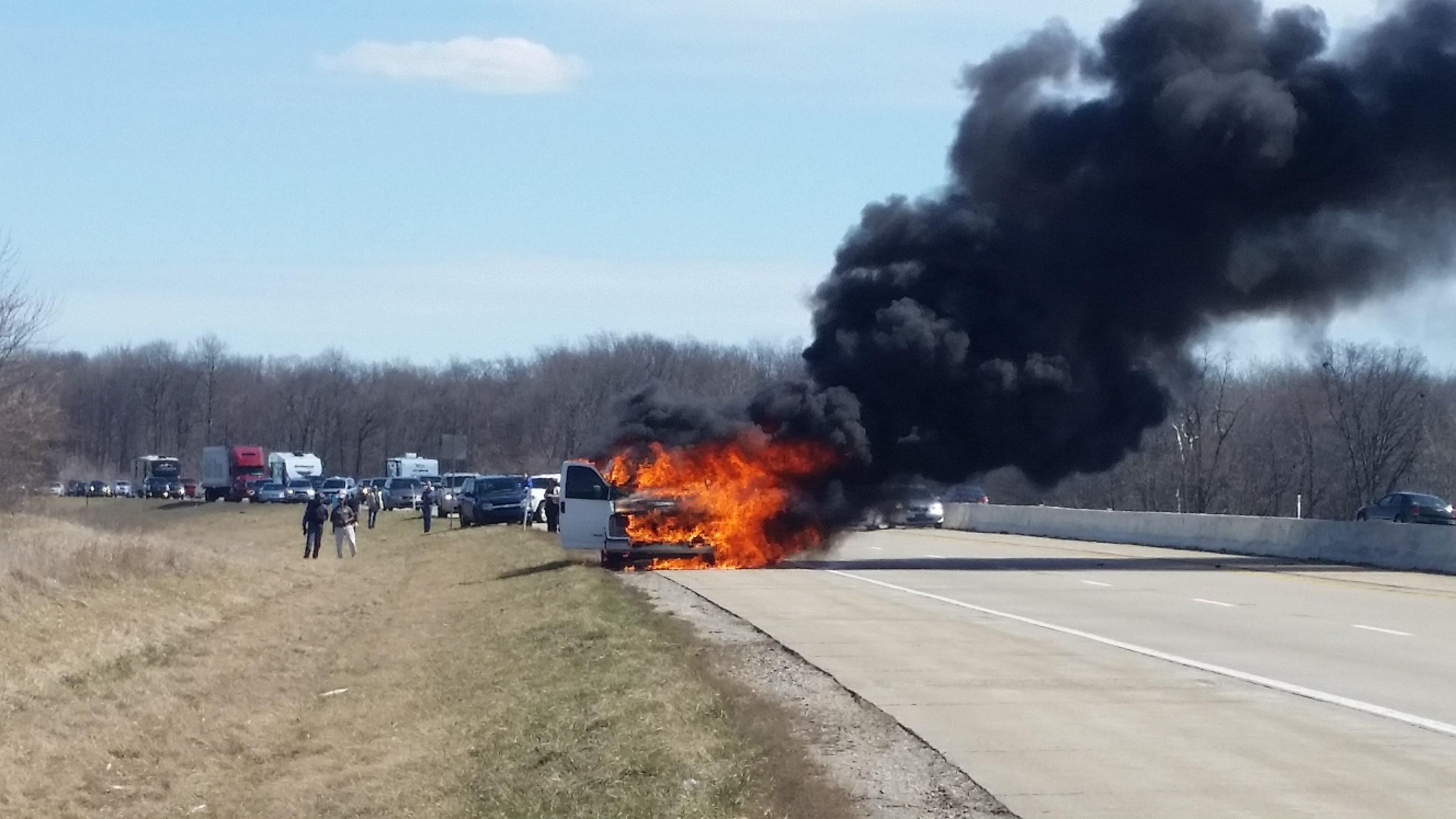 Fire crews responded to a vehicle fire Sunday afternoon when a van was seen with flames coming from the windows.

According to our reporting partners at The Elkhart Truth, the van was seen on fire on U.S. 20 just west of State Road 19 in northwest Elkhart County.

They say fire crews received the call about the vehicle fire in the westbound lane around 1:30 p.m.

Firefighters say no one was reported to be in the van at the time of the fire.

The owner of the van was not on the scene when Baugo Township firefighters arrived but they say he later contacted authorities.

A witness to the fire, Kevin Moist, said he saw a person open up the passenger’s side door to make sure nobody was in the van and within a few minutes the van was fully engulfed in flames.

Before Moist left the scene, he heard a loud explosion from the engine, according to the Elkhart Truth.

The cause of the fire is unknown at this time.