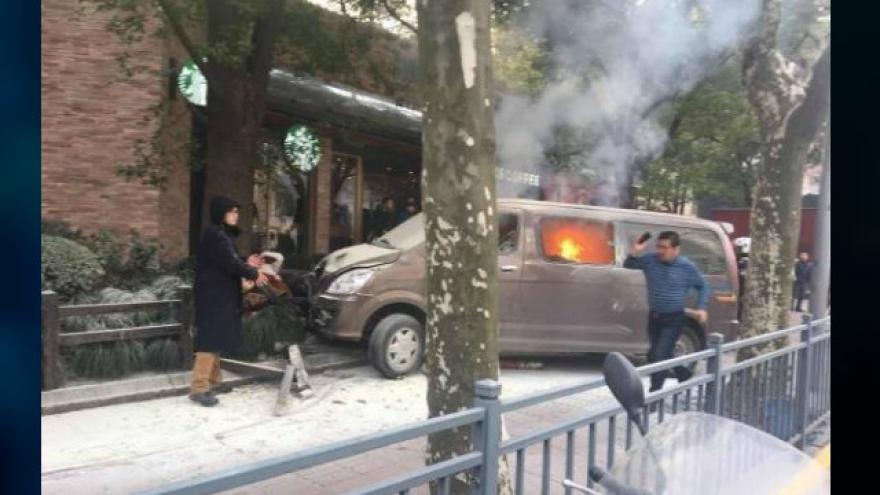 A van plows into a crowd of pedestrians in Shanghai, China. Photo courtesy People\'s Republic of China Municipality/Baidu

By Steven Jiang and Ben Westcott 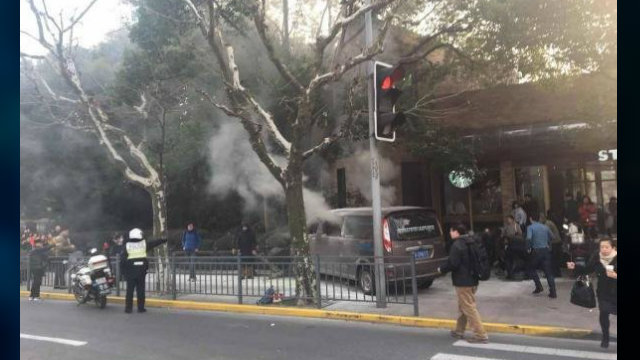 Eighteen people were injured, including the driver surnamed Chen, when the van mounted the sidewalk at an intersection in downtown Shanghai around 9 a.m. People's Republic of China Municipality/Baidu

(CNN) -- A 40-year-old man lost control of his vehicle and plowed into pedestrians on a busy Shanghai street Friday morning, after the van he was driving caught fire, authorities said.

Eighteen people were injured, including the driver surnamed Chen, when the van mounted the sidewalk at an intersection in downtown Shanghai around 9 a.m., Shanghai police said in a statement.

Chen, a worker at a Shanghai metal product company, was smoking and driving while carrying hazardous material "illegally," police said.

The People's Daily, a state-controlled newspaper, reported that the van was carrying a number of gas tanks at the time of the accident.

The fire in the car was extinguished by firefighters, authorities said, adding that none of the injured were in a life-threatening condition.

The crash took place in front of a Starbucks store at the intersection of West Nanjing and Xinchang Roads in the city's Huangpu District, the People's Daily reported.

In one video from the scene, a man lied motionless on the ground as pedestrians cried out and crowded around a brown van billowing dark smoke. In another, firefighters struggled to extinguish flames shooting up from inside the vehicle.

Police said in a statement the accident was under further investigation.

Starbucks said none of its staff or customers were injured in the accident. It added its store was closed while authorities investigated.