Victim speaks out against Santaniello during preliminary hearing 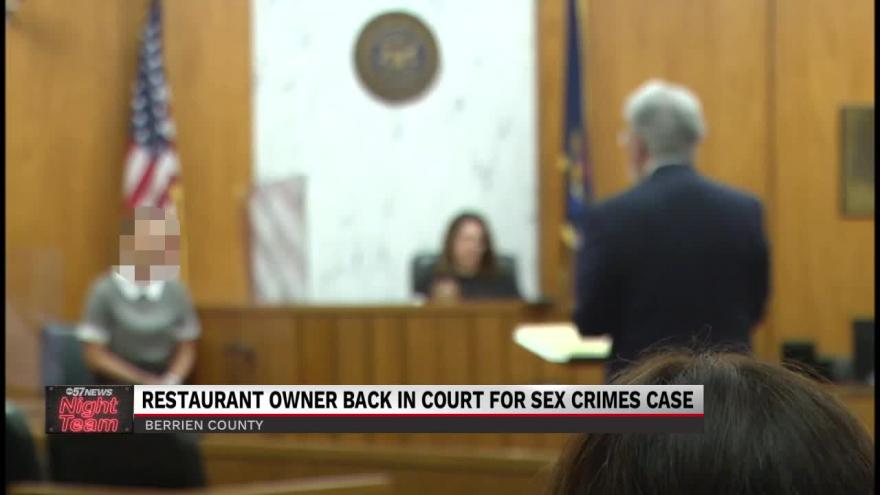 BERRIEN COUNTY, Mich. --- The preliminary hearing for Raffaele Santaniello got underway Monday where one of his three victims spoke about the alleged harassment she suffered at the hands of the Berrien County restaurant owner.

We were supposed to learn if this case would go to trial, but the judge wanted more time before making a decision.

Demonstrators lined up outside the Berrien County courthouse with signs in support of the four women claiming a pattern of abuse and harassment while working for Santaniello.

One, a former waitress, testified in court Monday to several inappropriate interactions with her former boss.

“He started to make comments about my body and would touch me in places that I shouldn’t be touched," said the victim.

She claims about a month after she started working at Santaniello’s restaurant, she became a target for abuse.

“He would make comments about the outfits I was wearing and that they would bring me more tips if I had more cleavage showing. He would touch my butt. Slap my on the butt, multiple times," said the victim.

Throughout questioning, Santaniello could hardly look at the victim.

According to her testimony, the victim came into Santaniello’s office asking for a voided check that amounted to about $50.

“I just wanted the check and he told me that it would be too much work to go to his financial officer and get the check rewritten. So he pulls $100 bill out of his wallet and says I will give you this if I can touch your boobs," said the victim.

Both sides have until April 18th to submit any briefings.