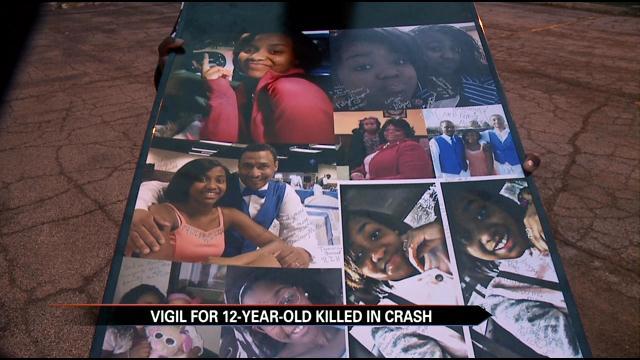 The vigil was held at Clay Intermediate where Dhabrielle was a student.

Dhabrielle's life was taken Monday morning in a semi accident in Illinois.

The mourners signed and wrote messages of support on a collage of pictures for the young girl's family.

Police said the cause of the accident was most likely due to a sharp turn of the road, but Dhabrielle's father says that is not the case.

"She said 'Dad, there's a white car right there', and as we were going around there was a railing right there. If we would have hit that car we probably would have killed that person. So I tried to swerve out of the way from hitting the car and it cost my baby her life," said Dior Turner, Dhabrielle's father.

The family has set up a GoFundMe page that you can make a donation to if you would like to help.
Share this article: