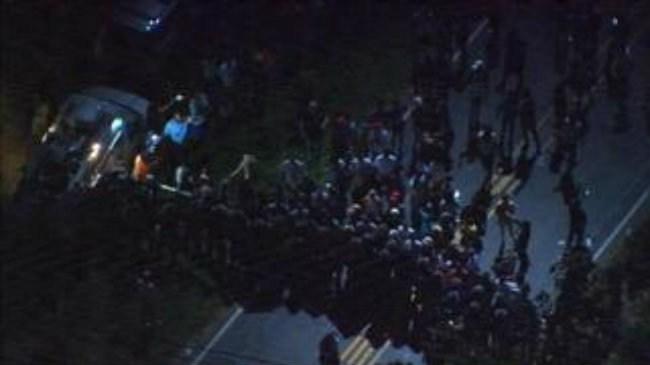 Violent protests erupt in Charlotte after the fatal shooting of an armed 43-year-old father of seven Tuesday night.

ABC affiliate WSOC reports protesters and police in riot gear gathered on a Charlotte road in response to police shooting a man carrying a gun in an apartment complex.

One officer and one protester have sustained non life-threatening injuries during the protest.

Officials say tear gas was deployed into the crowd and a police cruiser was towed away due to extensive damages.

The officer who shot the victim has been with the force since July 2014, and has been placed on paid administrative leave as a standard procedure.