GOSHEN, Ind.—It was a moment at the Elkhart County Fair last summer that virtual reality enthusiast Damon Miles says will stay with them.

“A lady came in with her mom. Her mom had just had a stroke a week prior to it. She rolled her up in a wheelchair and was asking if she could experience VR,” Miles said. “We put her in the headset and we asked her what she wanted to do and she said she wanted to go to the beach.”

With just a touch of uncertainty about how it would go, Miles hooked her up to a virtual reality experience that transported her to a sandy beach.

“She went from very subdued, kind of not there, and discombobulated to moving her hands around and excited and looking around. What really got me about that was her daughter started to cry because that was the most active she had been since she got out of the hospital,” Miles said.

Miles and his wife, Crystal, weren’t even originally supposed to be set up at the fair but a last minute cancellation allowed the duo to bring the unique experience to fair-goers.

From relationships and contacts they made at the fair six months ago, the Miles’ were able to set up shop in the old Bag Factory in Goshen on N. Chicago Avenue.

“Being able to go to the highest mountain peaks or go into space yet make it feel like it’s actually happening to you, that’s virtually reality,” Miles said.

They currently operate a small space on the second floor that can be used by appointment. The two also hit the road, regularly making house and business calls with their canopy and headsets for everything from birthday parties to corporate events.

Starting in March, NextReality VR Studios will open up its multi-thousand square foot gaming arena and space on the ground floor of the old Bag Factory. 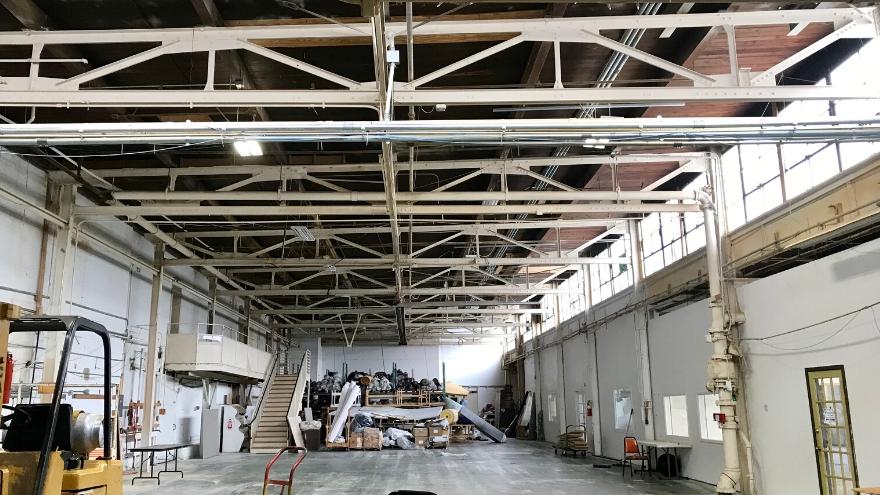 The warehouse space inside of the old Bag Factory will serve as NextReality VR's new gaming arena starting in March.

“We want to bring a bit of that gaming community here to Goshen and Elkhart,” Miles said. “We want to expand this into a place where people hangout and not just do VR but do video games, we want to do console and arcade gaming. We want to do board games and card games. We want it to kind of like a family center.”

Miles, who has a background in civil engineering, said the business will incorporate e-sports as well but virtual reality will be the core of the business, offering experiences from floating through the human body's bloodstream in a capsule to exploring outer-space.

While the expansion will create a “meeting spot” for gamers, the Miles’ will still head out into the community to bring virtual reality to those who might not be able to access the old Bag Factory.

“I’ve always thought of virtual reality as a tool,” Miles said, adding that the experience with the woman at the fair really opened their eyes to the ways in which virtual reality can serve others.

The Miles’ recently worked with a community services program that supports people with Alzheimer’s and dementia to assist with their care.

“It [virtual reality] helps with recalling memories, it helps with realization, and to just give them something that they usually don’t get in assisted living,” Miles said.

NextReality VR worked with four patients who started off a bit afraid of the idea of entering a virtual world.

“They ended up excited to head into the next environment,” Miles said. “It felt like we were actually doing something.”

Miles said that the company will also serve people experience homelessness along with low income students.

“When we found out kids weren’t going on field trips because they couldn’t afford them, we thought, well, we could bring the field trips like museums, to them,” Miles said.

NextReality VR opened its current studio three months ago and by March, they hope to be welcoming the community into their new digs downstairs, as they work to transport Michiana to far away, and sometimes made-up, worlds.