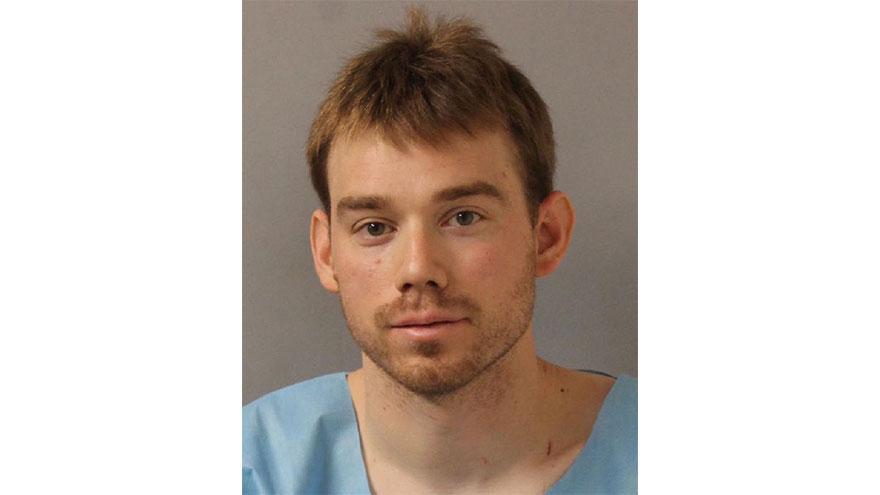 Reinking, 29, was arrested Monday in connection with Sunday's deadly shooting and was originally jailed on a $2 million bond.

A bond hearing is set for Wednesday.

Two days after a gunman opened fire with an assault-style rifle at a Nashville-area Waffle House, authorities are trying to establish what their suspect did in the 35 hours between the deadly attack and his arrest.

He continued his rampage inside the restaurant, killing two more. Reinking fled the scene completely naked after a customer intervened.

Police swarmed homes and swaths of woods in the area of the shooting, searching for the suspect, who was added to the Tennessee Bureau of Investigation's "Top 10 Most Wanted" list.

He remained at large until a member of the public spotted him emerging from the woods Monday afternoon and phoned 911. Reinking is due in court Wednesday to face four counts of criminal homicide.

It's not clear what he did during his time on the run. And a motive for the attack remains a mystery.

A tip from the community led to Reinking's arrest shortly after 1 p.m. Monday in a wooded area near his Nashville apartment, Metro Nashville Police said.

Reinking did not resist when a detective drew a gun on him, Lt. Carlos Lara said. He was carrying a backpack that contained a firearm, ammunition and a flashlight. He declined to give a statement and requested a lawyer, Lara said. He was booked into Metro jail Monday night on four counts of criminal homicide.

Construction worker Lydia French was the community member who called 911 after seeing a man who fitted Reinking's description, the Tennessean reported.

The man -- who had emerged from the woods near where French was working with her crew -- looked "shocked" and "disorientated," she told the outlet.

French said the man noticed her on the phone and went behind Cane Ridge Elementary School.

"When he seen me on the phone, he kept looking real nervous," the Tennessean quoted her as telling reporters soon after Reinking was arrested.

"I've got kids," French said. "I worked out here every day last week with him living right here. All day long I kept thinking that could've been us," she said.

Nashville public schools had initiated "lock-out" procedures while Reinking was on the loose, which meant no guests or visitors could enter public buildings.

Police said that Reinking visited a car dealership in the Nashville suburb of Brentwood last week and somehow obtained a key fob for a 2018 BMW X6 without providing identification. He stole the car and led police on a brief chase, Brentwood Police said.

Using the car's GPS, officers tracked the car to Reinking's apartment complex and recovered it. Because they didn't know the thief's identity, no one was arrested.

His father could also face charges

Last summer, Reinking was arrested by the Secret Service for trespassing near the White House.

He was charged with unlawful entry, but the charges were dismissed after he completed community service. At the FBI's request, Reinking's Illinois firearms authorization was revoked, and four weapons -- including the AR-15 style rifle used in Sunday's shooting -- were seized.

After the firearms seizure, Reinking was legally prohibited from possessing guns, Matthew Espenshade, an FBI agent located in Nashville, said Monday. Authorities in Tazewell County, Illinois, gave the weapons to Reinking's father, who police believe later returned them to his son.

Reinking's grandmother, Marilyn Hopper, told CNN affiliate WSMV-TV that her grandson "was a sick boy" and she was devastated by news of the attack.

"My heart goes out to those people who have loved ones they've lost. I've lost two children myself and I know what that feels like. My heart really does go out to them. But you know, we have a side too," Hopper told the channel by phone.

"I'm just so sorry for those people and their loss and my heart goes out to them," she said.