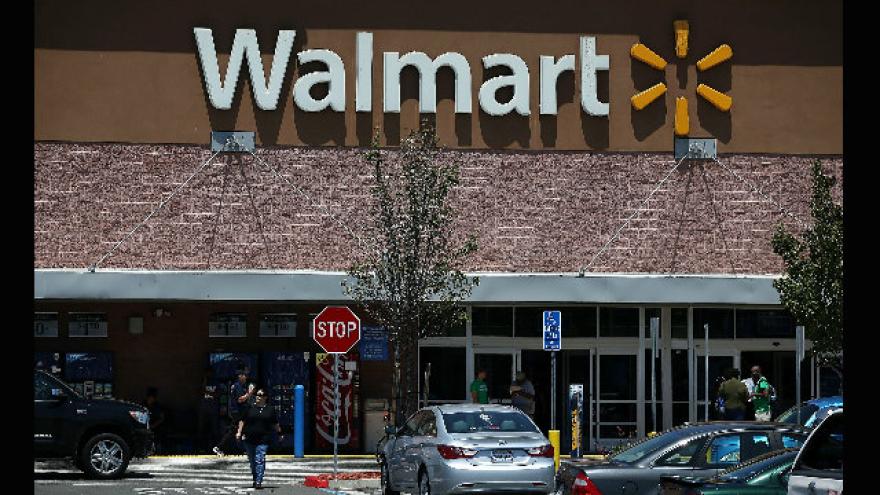 Walmart will only sell guns and ammunition to people over the age of 21 from now on. Photo courtesy Justin Sullivan/Getty Images

(CNN Money) -- Walmart will only sell guns and ammunition to people over the age of 21 from now on.

The company said in a statement Wednesday that it decided to review its firearm sales policy "in light of recent events."

"Going forward, we are raising the age restriction for purchase of firearms and ammunition to 21 years of age. We will update our processes as quickly as possible to implement this change," a statement said.

"We are also removing items from our website resembling assault-style rifles, including nonlethal airsoft guns and toys," Walmart said. "Our heritage as a company has always been in serving sportsmen and hunters, and we will continue to do so in a responsible way."

The news comes amid a broad public push to tighten gun regulations in the wake of a mass shooting at a Florida high school on February 14 that left 17 people dead.

Dick's Sporting Goods, the nation's largest sporting goods retailer, said on Wednesday it would stop selling assault-style weapons like the one used in the Parkland, Florida, high school shooting. It also raised the age of sale of all firearms to 21.

Walmart says it has not sold "modern sporting rifles" -- such as the kind that was used by the Florida shooter -- since 2015. "We also do not sell handguns, except in Alaska where we feel we should continue to offer them to our customers," the company said.

"We take seriously our obligation to be a responsible seller of firearms and go beyond Federal law by requiring customers to pass a background check before purchasing any firearm," the company said.

Corporations have increasingly weighed in on the debate. As the #BoycottNRA flooded social media last week, more than a dozen companies severed ties with the National Rifle Association. And BlackRock and Bank of America have both said they plan to start conversations with major players in the gun industry.

"Even if we disagree with management, we focus on engaging with the company and understanding how they are responding to society's expectations of them," BlackRock spokesperson Ed Sweeney said in a statement.