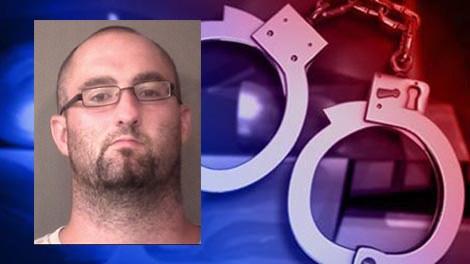 A man who is accused of stabbing another man at a home in the Shamrock Mobile Home Park was shot with a taser then arrested early Wednesday morning in Warsaw.

Warsaw Police responded to the Shamrock Mobile Home Park just after midnight for reports of a man with a knife.

While officers were responding, they received another call that someone had been stabbed and the suspect still had a knife.

When officers arrived they found Lucas Pierce with a knife. He refused to drop the knife, so officers used the Taser to incapacitate him.

The investigation revealed that Pierce was locked out of the home after an argument earlier in the evening.

Around midnight he returned and tried to enter through the back door.

That’s where he cut the male victim on the left shoulder and arm, according to police.

Pierce got inside the home and threatened to kill everyone inside, including the small children, police said.

Pierce then cut his own throat, but the cut was superficial, police said.

Police say Pierce was under the influence of alcohol and possibly drugs at the time.

The victim was taken to Kosciusko Community Hospital where he was treated and released.

Pierce was also taken to he hospital where he was medically cleared, then taken to the Kosciusko County Jail.