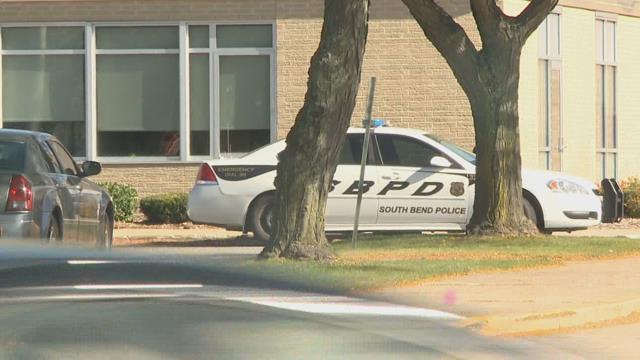 Sue Coney with the South Bend Community School Corporation said the school was evacuated and South Bend Police searched the building as a precaution.

Nothing was found and students were allowed back into the school just before noon.

The district will send a letter home with students to inform parents about what happened.

Jim Matthews says he went to the school Wednesday morning because he was worried about his grandson's safety.

"I was out shopping and he called his grandmother and said there was a bomb threat, the school was evacuated," said Matthews.