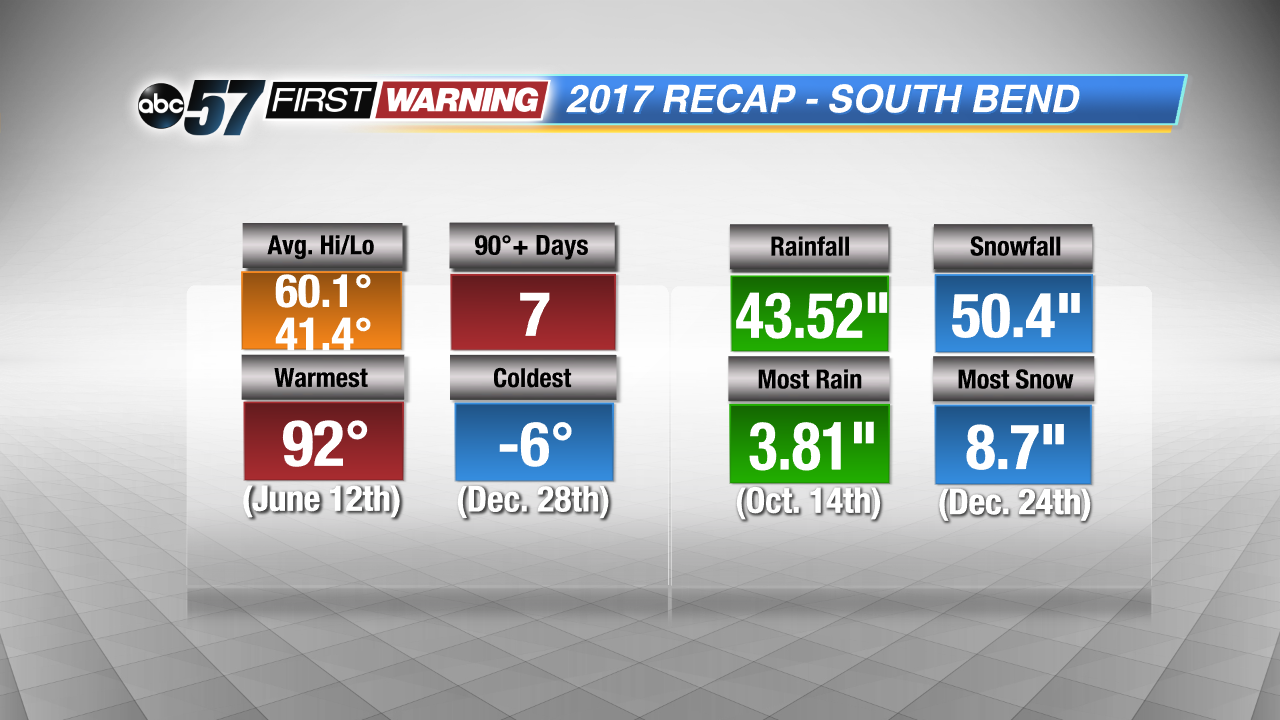 Now that we are officially in 2018, let's take a look at what 2017 brought to the area in the weather department. High and low temperatures for the year were just above average. The year will go down as the 24th-warmest year since 1893 in South Bend. We reached the 90-degree mark seven times, which isn't too far from normal. The hottest and coldest temperatures were 92° and -6°, respectively.

In terms of precipitation, South Bend recorded a little more than 43" of rainfall, which is about 5" more than a normal year. Nearly 4" of rain fell on one day back on October 14th, which broke a record for the date. 2017's total snowfall came out to be just over 50". A good chunk of that fell just last month when we recorded more than 32" in South Bend. In fact, 8.7" of that fell on Christmas Eve! 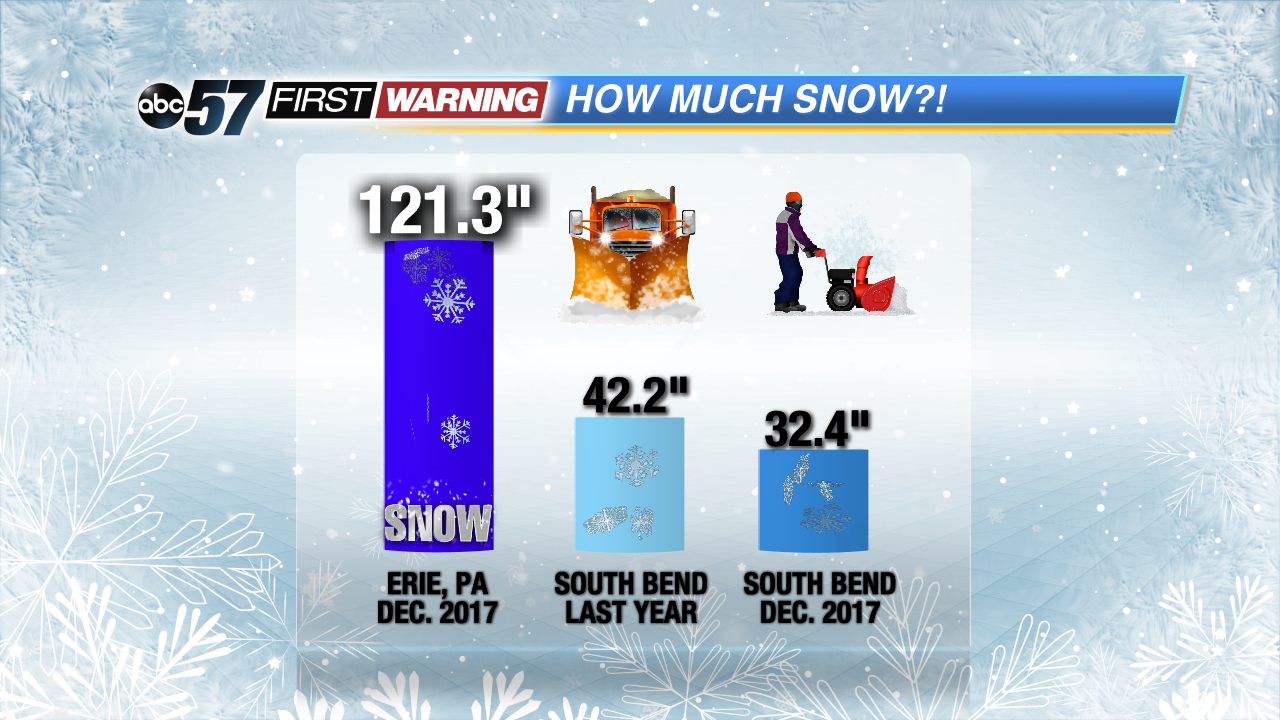 Speaking of snow, we are off to a fast start this season! The October 1st thru April 30th time period saw only 42.2" of snow last year. That is a very low amount, and it is well below normal. Just last month, South Bend has already recorded 32.4" of snowfall! If our winter continues to produce healthy snowfall amounts, we are on pace for 90" of snow this snow season! To put these numbers in perspective, Erie, Pennsylvania, saw more than 121" -- just under 10 FEET -- of snow last month. Nearly all of that fell courtesy of heavy lake effect snow. So, while we are starting the snow season off strong, we aren't seeing the totals that other parts of lake effect country are seeing. Achieving totals comparable to what Erie saw is a difficult task in northwest Indiana and southwest Michigan due to the geography and meteorology of the region. It's not impossible, but this region typically doesn't see totals like that.