Westbeld performing while playing through pain 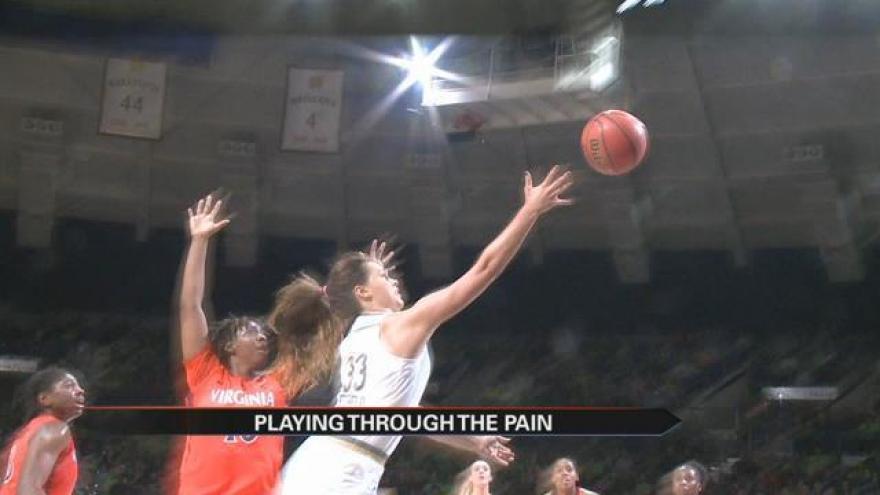 Since that day, her condition has been listed as day-to-day and even on some nights when Head Coach Muffet McGraw doesn't want to use her, Westbeld proves she can play healthy or through pain.

She wasn't suppose to play against Duke, but provided a key stretch in the fourth quarter when she grabbed two offensive rebounds and a bucket to put the game on ice.

"I think the great thing is with any kid coming off the bench on any team, Kat played 9 minutes in the game against Duke and she was the MVP and she really changed the game in those nine minutes," McGraw said.

Again against Virginia, not supposed to play, but came off the bench in an emergency role and played nine crucial minutes.

"Whether it's a layup at the end of the shot clock, a huge offensive rebound, just kind of depends on the game, just having her out there, just reassures the whole team," Lindsay Allen said.

Playing through pain is nothing new for Westbeld but her presence on the court has helped spark her teammates during a crucial stretch during their season.

"She's done a great job of doing her role, being that glue that we need for the team," Allen said.

"Taking advantage of that opportunity and what she can do in a limited amount of time has been phenomenal," McGraw said.