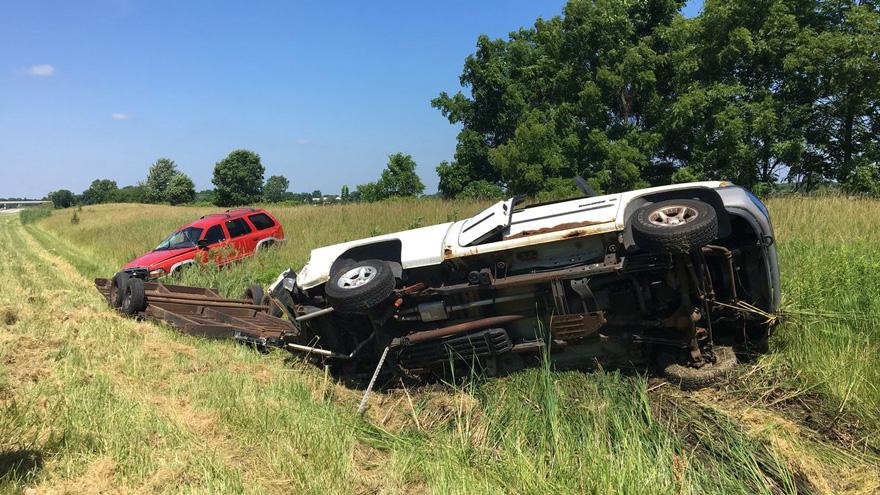 The westbound lanes of the US20 bypass were shut down Friday morning near the 87 mile marker because of a vehicle crash, according to the Indiana State Police.

Police say the driver of a white Dodge Ram was pulling a red Dodge Durango on a flatbed trailer when a rear tire of the Ram failed.

The driver, 48-year-old Michael Weirich, lost control of the Ram and it went into the ditch to the right of the road.

The Ram came to a rest on the driver's side.

The Durango broke free, rolled and came to a rest on its wheels just west of the Ram and the trailer.

Weirich was taken to Memorial Hospital for treatment of his injuries.

One of his passengers was also injured and taken to the hospital.

Two other passengers in the Ram were not injured.

Police say alcohol is believed to be a factor in the crash.