Wet stretch continues into May

NOW: Wet stretch continues into May

Let's take a look at the next month up on the calendar. Despite the rainy and cool start to the month as the stationary front continues to hold overhead, we may be enjoying some time on the warmer side, especially for the eastern half of Michiana. That means more highs in the 60s and 70s over the next two to three weeks! 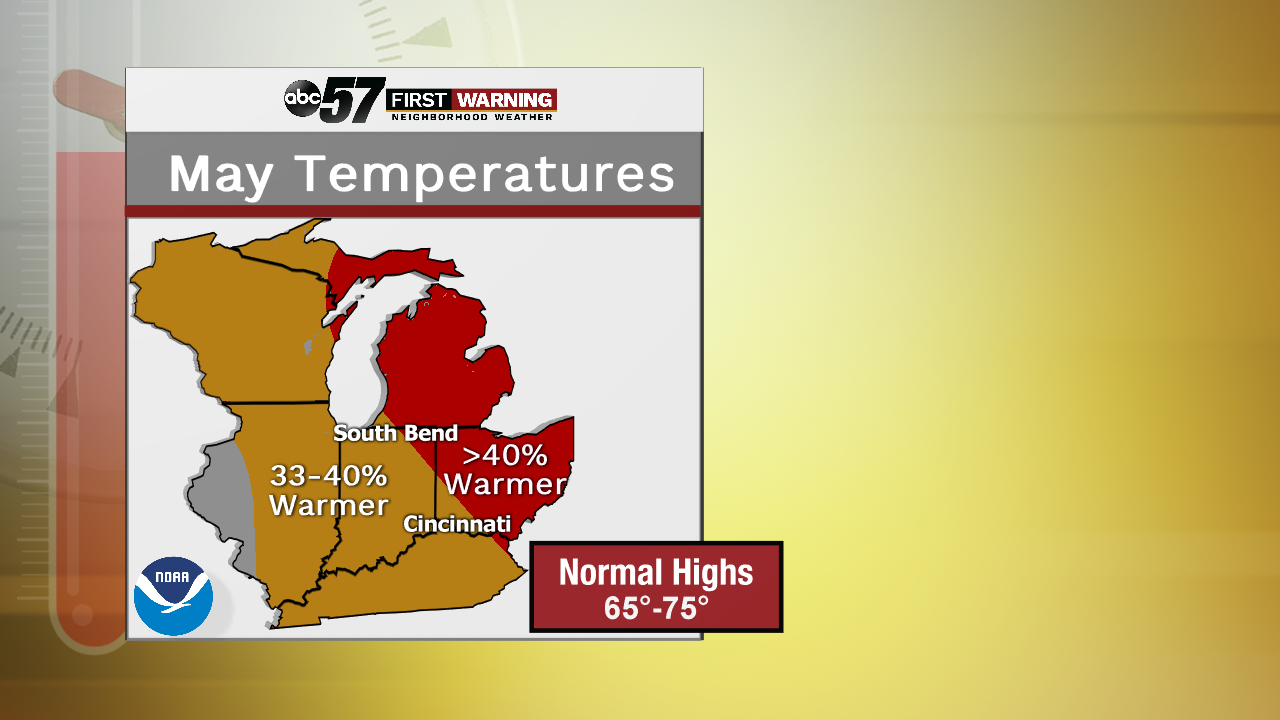 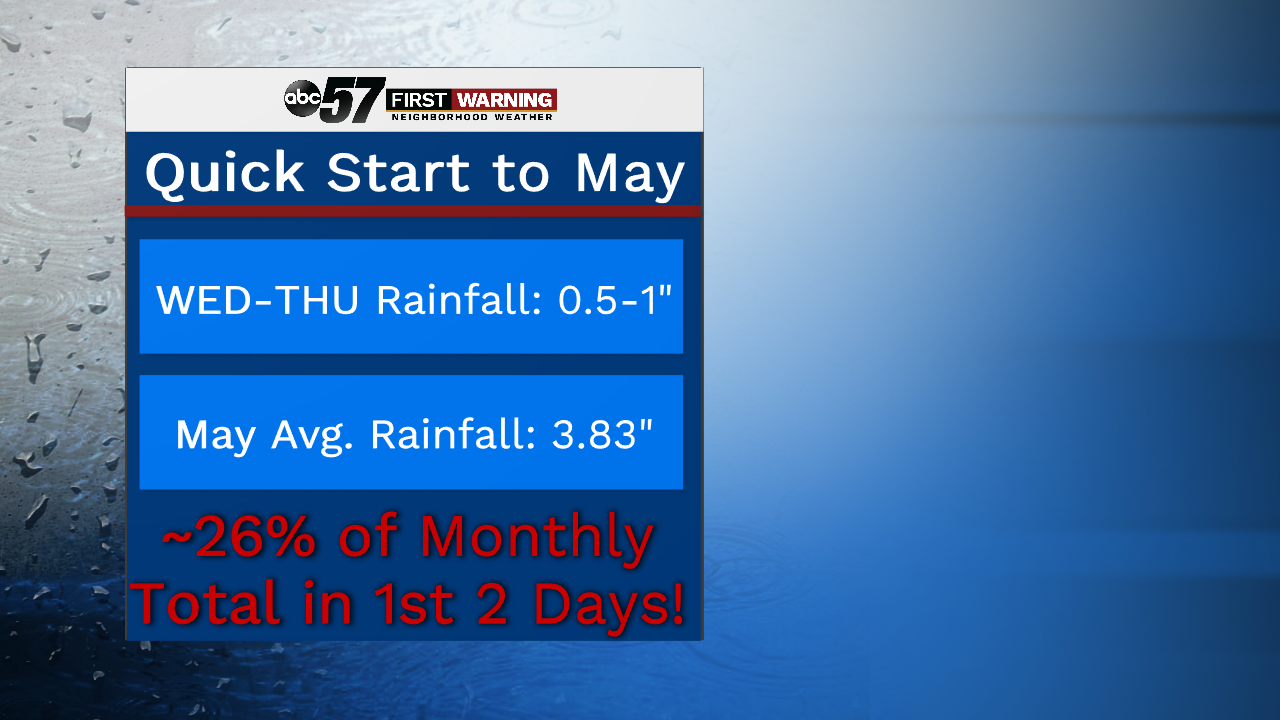 Rainfall for the month will likely be more of a talking point throughout the next several weeks. Obviously, this is something that we're watching closely over the next few days. More rainfall will be moving in for the first two days of the month, and additional totals could range anywhere from 0.5 to 1 inch. That would clearly be a hot start to the month! The normal rain total for may is just under 4 inches. So, we have the potential to end up about one-fourth of that total in the first two days! So, an above average month for precip looks likely as the calendar flips over. 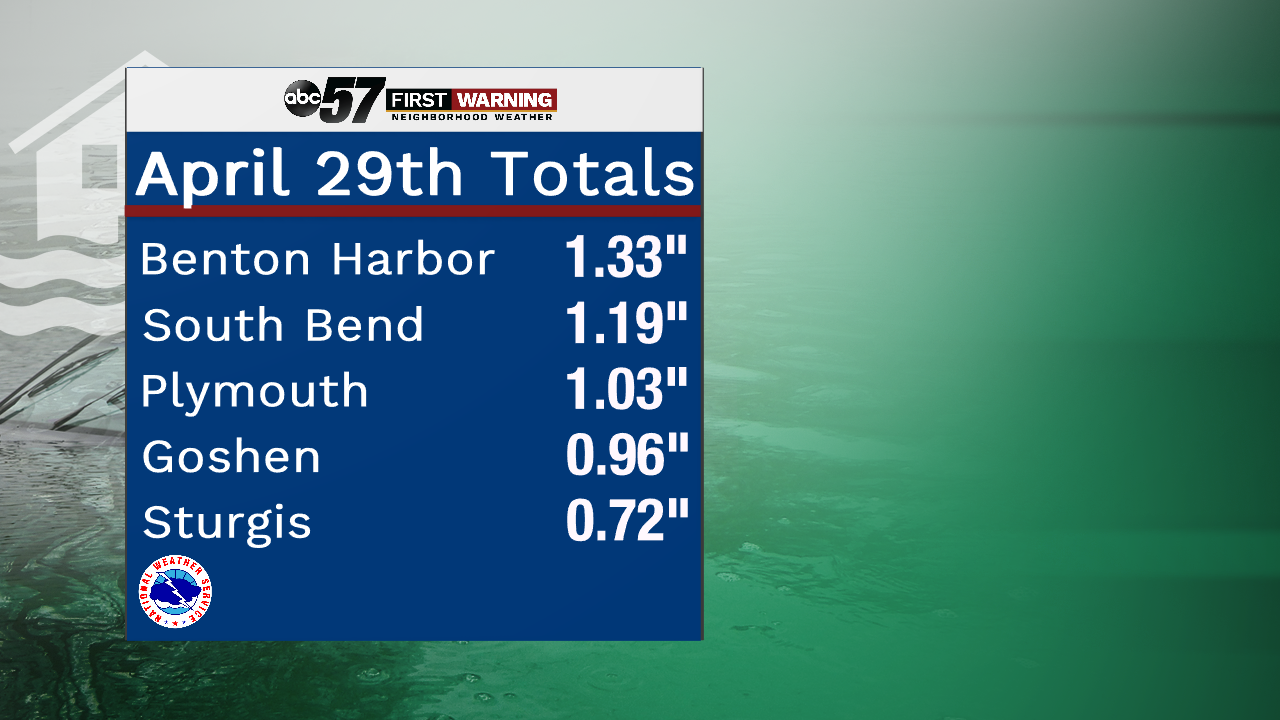 It was definitely on the wet side to say the least yesterday, with periods of heavy rain. South Bend Police reported ponding and some small flooded spots scattered around the city and more could easily pop up between now and late Thursday. The big winners yesterday were the Michigan counties as you all up north were dealing with several rounds of downpours during the late morning. Totals feel off just a bit farther south, but were still on the high side. 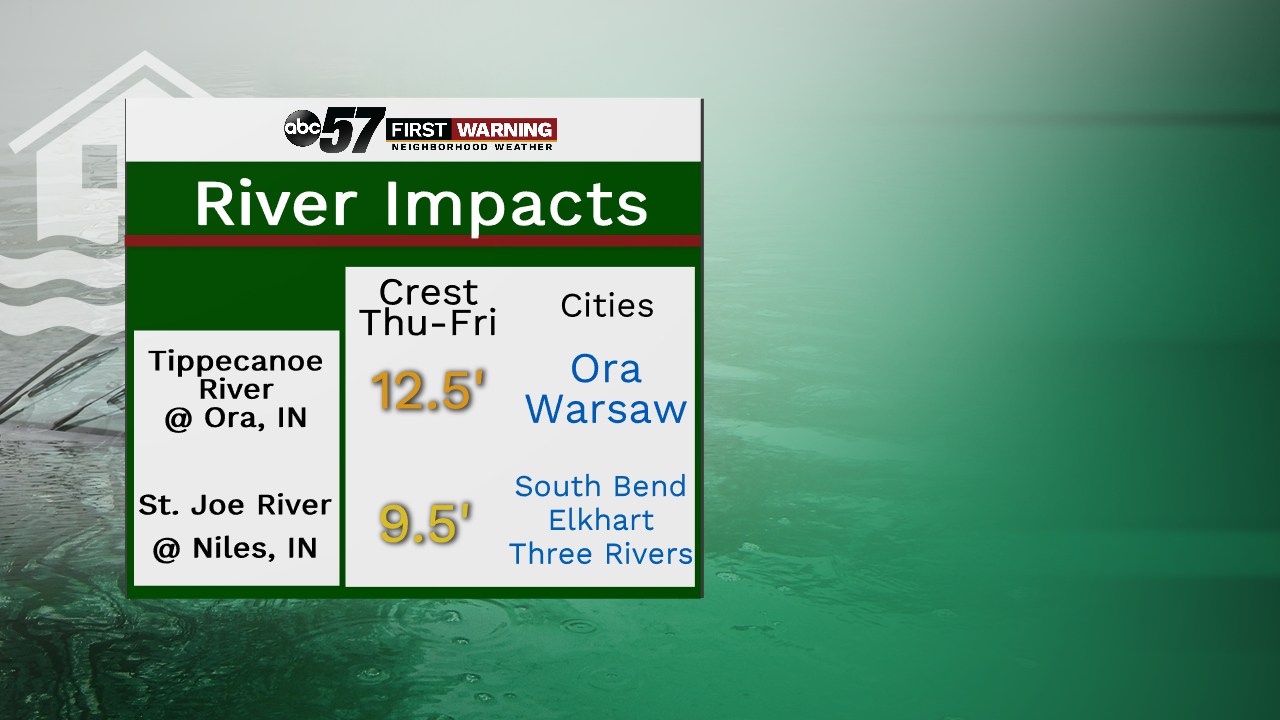 And rivers are already starting to respond after one day of heavy rain. Mainly the Tippecanoe river around Ora in Pulaski County and the St. Joe River in Niles. Both of these locations will likely see higher and higher water over the next few days. Anyone living along the rivers, including in these cities along the riverbank, will have to continue to keep an eye on the water.